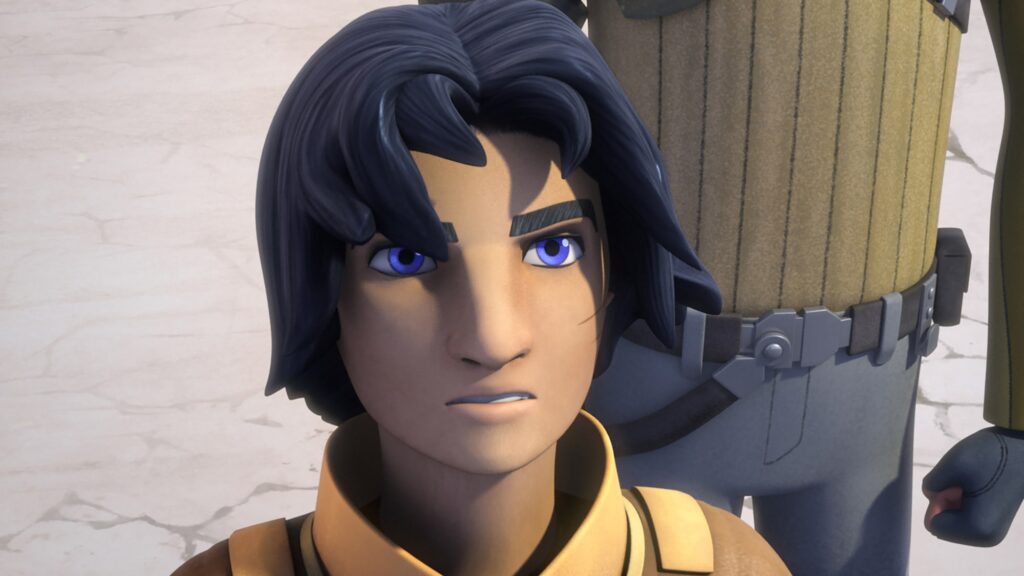 The name Ezra Bridger seems to be on everyone’s mind these days. With the recent casting rumors of Mena Massoud from Disney’s live-action film Aladdin being reportedly cast in the role, I have seen many questions from casual fans to those who don’t consume the animated material wondering: Who is Ezra Bridger? And why is he important? For this first edition of Star Wars Catch Up, we are going to do a summary of Ezra Bridger’s life.

Ezra Bridger was born on the planet Lothal and on the exact day known as Empire Day. This is the day when Chancellor Palpatine or Darth Sidious takes control of the Republic and forms the Galactic Empire. The Jedi are destroyed in Order 66. Legendary Jedi Knight Anakin Skywalker falls to the dark side and Darth Vader is born. What makes this significant is the fact that Ezra has never known a galaxy that had democracy or freedom. All he saw growing up was the corruption and oppression of the Empire. Including the disappearance of his parents who were outspoken protesters of the Empire.

Ezra becomes an orphan living on the streets but that all changes when he runs into a Jedi Knight in hiding, Kanan Jarrus, and his band of rebels. He starts to realize he has unique abilities and Kanan takes note, deciding he wants to train Ezra in the ways of the force. Ezra joins the crew of the Ghost, Hera Syndulla’s ship who is a fellow Rebel of Kanan’s. Together they all do various jobs to try to free Lothal from the clutches of the Empire.

Throughout their adventures they attract the unwanted attention of The Grand Inquisitor, A fallen Jedi who is now sent by Darth Vader to hunt and kill every Jedi who survived Order 66, and more Inquisitors follow his demise at the hands of Kanan Jarrus. They even manage to get the attention of Darth Vader himself. Kanan and Ezra are joined by former apprentice of Anakin Skywalker, Ahsoka Tano to find an artifact that will help them defeat the Empire on the planet Malachor. There they meet Darth Maul, a former Sith Lord, who has an interest in taking Ezra as his own apprentice. Darth Maul blinds Kanan and Ahsoka is defeated by Darth Vader. Ezra now must deal with a broken Jedi Master as his teacher and the allure of what the powers of the dark side can do for him and his Rebel friends.

Ezra and his friends have joined a much larger cell of Rebels and he is becoming one of the main agents sent to deal with the Empire. He has a brand-new lightsaber and his skills as a Jedi have only grown. The young Jedi has been using a Sith Holocron, one he found on Malachor, to learn new techniques that have aided him in his fight. Kanan learns of this and confiscates the Holocron. Hiding it away to protect Ezra from the allure of the dark side. A new enemy appears, a military Grand Admiral named Thrawn who is a genius of strategy and the worse foe yet for Ezra and his friends. Thrawn manages to outwit them at every turn and it isn’t long before their cell of the Rebellion is almost completely wiped out. Only being saved by the wrath of a force sensitive creature called the Bendu.

Ezra and his friends join a large cell of the Rebellion lead by a Senator named Mon Mothma. Joining with them, they decide it is time to take the fight to Thrawn and free Ezra’s home planet Lothal once and more all. During the liberation of Lothal, Kanan Jarrus is killed and Ezra is left as the lone Jedi now. With mourning his master, he must press on and discovers the true reason the Empire is on Lothal. The Sith are trying to find the entrance to a place called The World Between Worlds, a place within the force where there are many portals through different times and places. The Sith want this to claim dominance throughout the galaxy in every timeline.

In this place Ezra saves Ahsoka from being defeated by Darth Vader and he uses his abilities to seal this place from the Sith Forever. The final assault of Lothal happens soon after and Ezra faces off against Thrawn himself. Using his abilities with the force he calls on the assistance of force sensitive space whales called Purrgil, that take Thrawn’s ship with Ezra and him inside into the unknown regions of space.

Now you might be wondering, OK we get a lowdown of the story now about that guy named Ezra, but why is he important? Well, the thing is, Ezra is one of the few Jedi left after the purge and he’s highly skilled. He’s also right around the same age as Luke Skywalker and Leia Organa. Something that makes him stand out from the two Skywalker twins is, Ezra has a unique force ability that he can create connections with all living creatures, he can call on them to aid him in battle or any other task, such as using a wolf for riding. He’s the only Jedi we have seen with such abilities in the new canon.

Now where is his connection to this casting news and the Ahsoka television series. In the episode that Ahsoka is introduced, the audience finds out she is searching for Thrawn. We know for a fact that Ezra has been trapped with Thrawn in the unknown regions and by the timeline of The Mandalorian series, Ezra has been with Thrawn for close to 10 years. Ezra could be different now, molded and changed to be an instrument of Thrawn, he is also going to be way more powerful by now as well. He has got an important role to play in future projects and we might even find out exactly where he was during the events of the sequel trilogy.

If you want more information on Ezra Bridger, I suggest watching Rebels on Disney Plus.

To learn more about Ezra’s Master Kanan who plays an important role in his life, I suggest reading the comic series Kanan by Marvel comics.