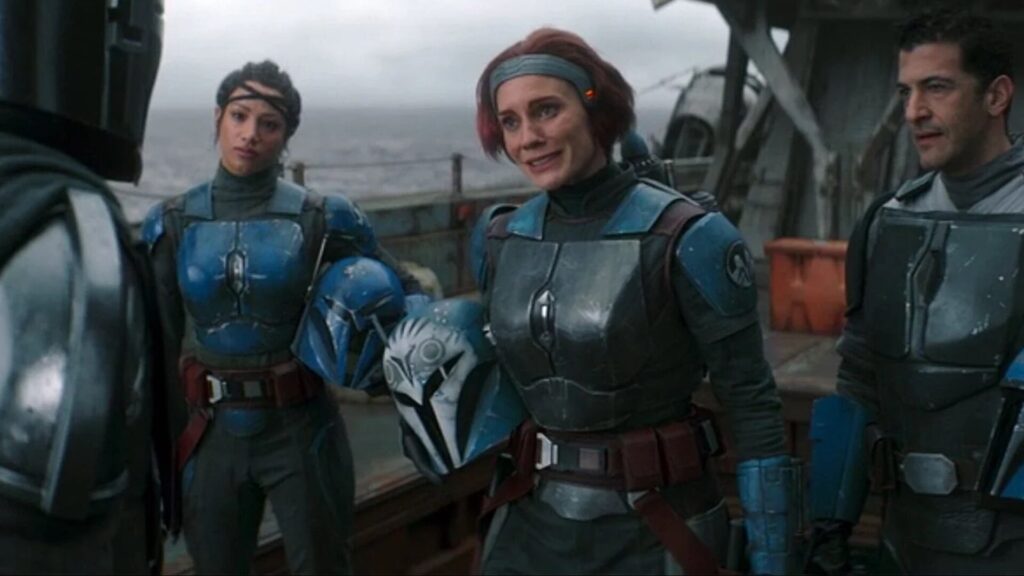 Actress Katee Sackhoff got her wish and made her first live-action Star Wars appearance as Bo-Katan in Season Two of The Mandalorian. Following her successful voice acting career as the strong female warrior, Sackhoff hopes for other characters to shift to the realm of live-action someday as well.

“I think I would love to see some stuff with Pre Vizsla.”

Following up on that suggestion, she continued:

“That was such a fun storyline for Bo and it was such a fun glimpse into … for fans who haven’t seen [Star Wars: The Clone Wars] and [Star Wars Rebels], Bo-Katan didn’t start out necessarily on the right side of things. She thought she was, so I would recommend people go back and watch Clone Wars because I think you can understand what I’m talking about, and that is that time with Vizsla, which I think is important to who she is as a person and the growth that she’s gone through. I would love to see that.”

Thanks to The Mandalorian showrunner Jon Favreau, his ingenuity and creativity allowed for an opportunity to bring back beloved animated characters like Bo-Katan and Ashley Eckstein’s Ahsoka Tano. Following the huge success of Season Two, other series like Rosario Dawson’s Ahsoka is rumored to be bringing back more fan-favorite characters like Ezra Bridger and Thrawn.

The path of animated to live-action has only just begun, and its sure to be a fun ride as Lucasfilm continues to expand the galaxy far, far away.