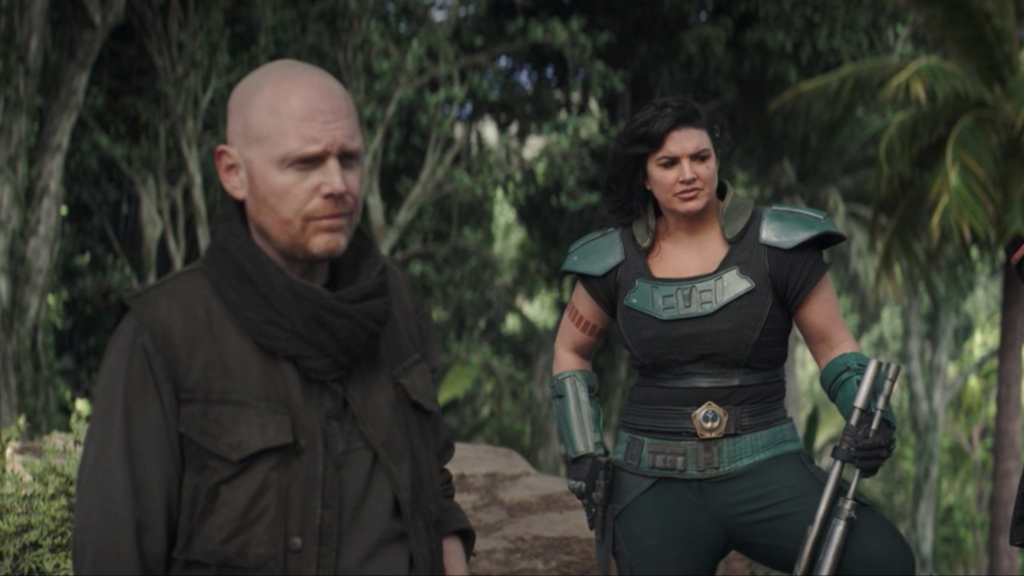 The Mandalorian ended on an emotional ending with Grogu deciding to leave Din Djarin for his Jedi training. Following Season Two’s completion, Disney abruptly ended Gina’s Star Wars career due to controversial comments she made on her personal Twitter account. Because of this massive shake-up, some fans have chosen to either boycott Star Wars or support it even further. Since then, it seems Gina’s co-stars have decided to remain silent on her sudden departure — until now.

Migs Mayfeld actor Bill Burr has recently spoken out in defense of Gina Carano on a recent episode of The Bill Bert Podcast, including his dislike for today’s cancel culture era.

Burr explained how he always thought of Gina as a “sweetheart.”

“She was an absolute sweetheart. Super nice ******* person. And you know whatever and somehow someone will take this video and they’ll make me say something else and try to get rid of my bald action figure. It’s how it is out there. It’s ******* crazy times. People just waiting, laying in the weeds.”

The actor concludes with his thoughts on the hot topic of cancel culture:

“Now it’s becoming like, ‘Hey you made an ignorant comparison. (flushing sound) There goes your dream, right? I look at that and it’s like, ‘Who the **** stands up to that?’”

What do you think of Bill Burr’s comments? Do you think Gina Carano should have been fired from Lucasfilm?