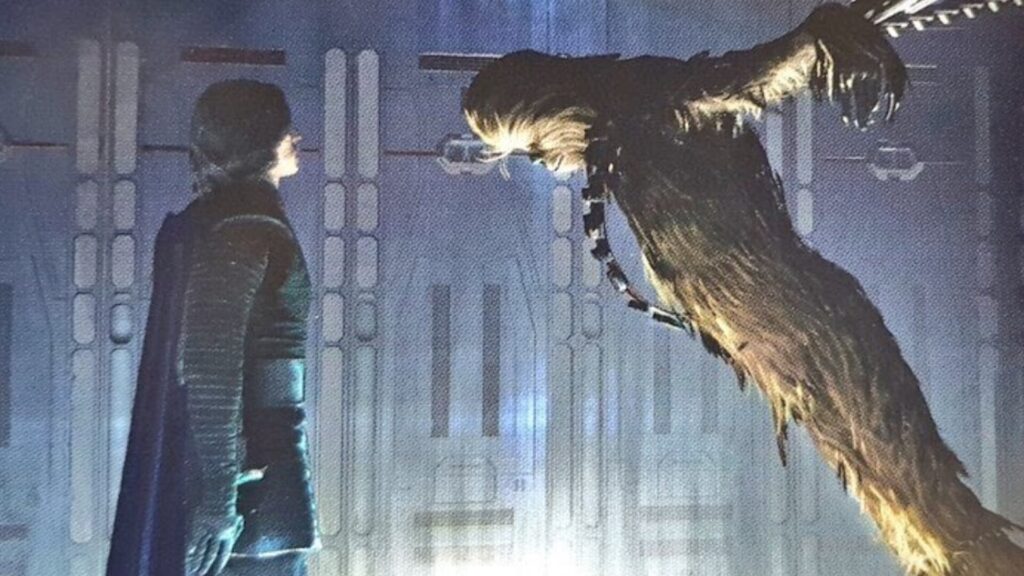 Fans were disappointed that the home release of Star Wars: The Rise of Skywalker offered no deleted scenes like Disney’s previous entries. Some may argue that the backlash, though not quite as severe as The Last Jedi’s, would increase due to the fanbases’ conflicting views of The Rise of Skywalker. It seems like Disney wanted to go with a hands-off approach by not including any deleted scenes for the final film, thus offering less opportunities for a fan-based civil war to occur.

However, in a new excerpt from Chewbacca actor Joonas Suotamo’s book entitled “My Life as a Wookie,” he explains that the deleted torture scene involving him and Kylo Ren (Adam Driver) had him “scared.”

Suotamo explains further why he thinks the torture scene was kept from the public eye:

“Perhaps the transformation of Kylo Ren into Ben Solo would also have suffered with such an inhumane act that some viewers would see it as unforgivable even though he ended up saving the entire galaxy.”

Whether you agree with Suotamo’s observation depends on your certain point of view. All in all, it’s invigorating to here about these nifty facts years later when hot heads are calmed and peace prevails across the galaxy.