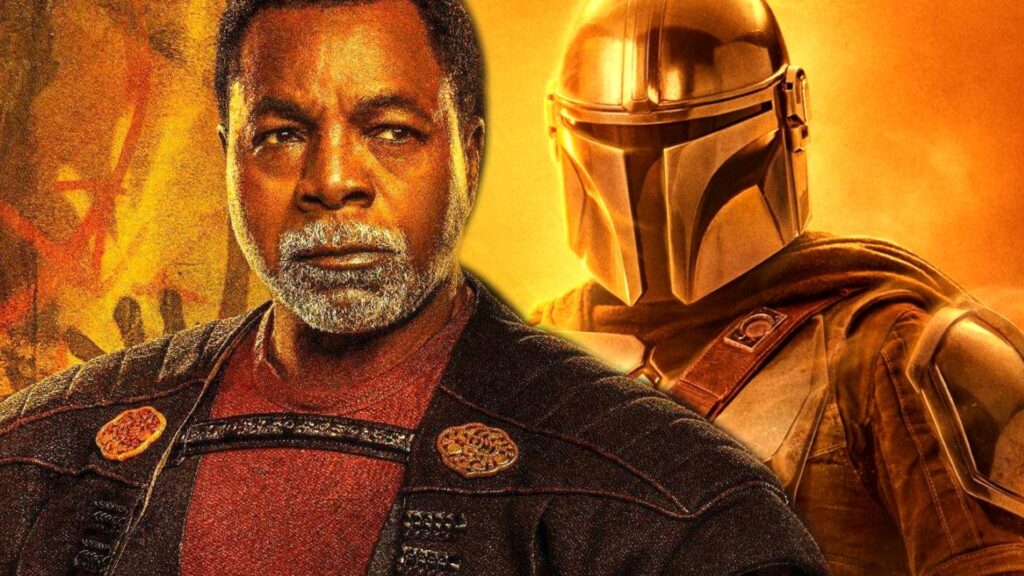 Beginning last July, filming of Season 3 of The Mandalorian commenced following the epic reveal of Luke Skywalker at the end of Season 2. Hopes are high for the return of Katee Sackhoff’s Bo-Katan as rumors have pointed toward the next season focusing on the return of Mandalore.

Since filming began, multiple leaks online have seemingly revealed the true intention of Din Djarin’s next adventure involving the return of fan-favorite locales and characters.

Although production was faced with a slight delay earlier on, it seems that it’s finally come to an end!

“That’s a wrap from a galaxy far, far away. Thanks for having me this season; it was an absolutely amazing adventure!! Can’t wait for the next one.”

The first image shows an embroidered depicting the titular bounty hunter’s helmet and the number three, which represents the season.

Another photo details numerous miniature embroideries, all of which have Grogu sewn on them, presumably for team workers to take home after the shoot is finished.

While some would assume that maybe only the costume department has finished, director Carl Weathers has confirmed on Twitter that filming has indeed wrapped for The Mandalorian Season 3!:

With that out of the way, the only plot points left to be resolved are Djarin’s loss of Mandalorian status as a result of removing his helmet, as well as his ownership of the Dark Saber, which, ironically, indicates that he will lead Mandalore. Due to her failure to govern the Mandalorian homeworld, Katee Sackhoff’s Bo-reappearance Katan’s makes all the more sense.

Let us know your predictions for the next series of The Mandalorian in the comments below!