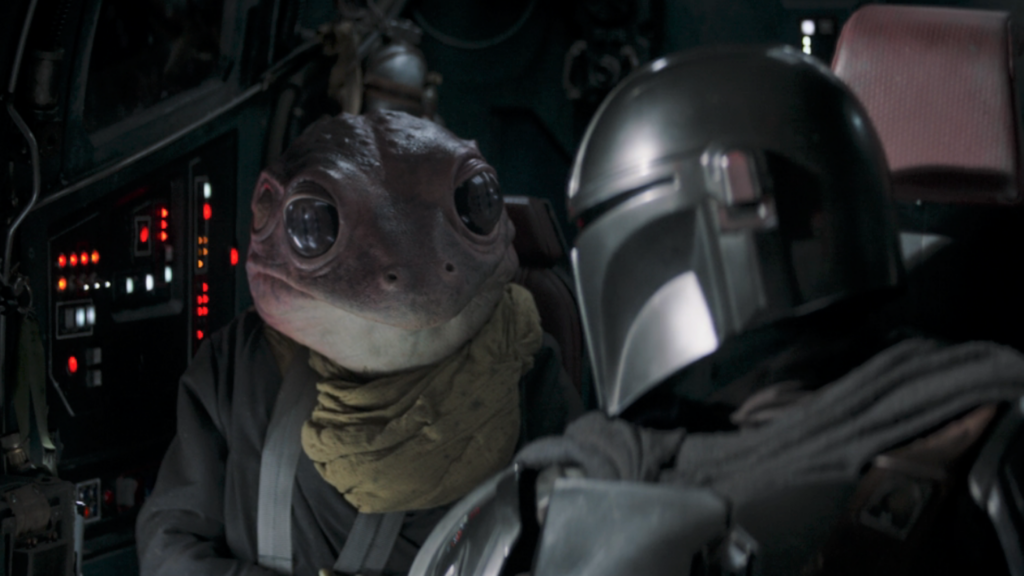 Misty Rosas, who played Kuiil in season one and Frog Lady in Season 2 of The Mandalorian, recently shared a photo on Instagram sporting a “The Mandalorian Season 3″ t-shirt. She was going to Germany, according to the caption, which was taken from inside a plane.

This comes only a few days after director Carl Weathers officially confirmed that filming ended for the titular series’ next season. Additionally, this is the first confirmation that Rosas will play a role in the upcoming season. Check out her IG post below:

Rosas will most likely portray a new character, albeit we don’t know who she will play. After Kuiil’s death, the actress was brought back to play Frog Lady in Season 2. And, given that that character’s narrative appeared to be completed in Season 2, it’s plausible that Favreau and his team just developed a new role for her to play.

So far, not much is known about where Season 3 will take us. However, one can assume that the series will involve the dark saber and its origins following the critical last episodes of The Book of Boba Fett.

What character do you think Misty Rosas will play? Share with us your predictions in the comments below!