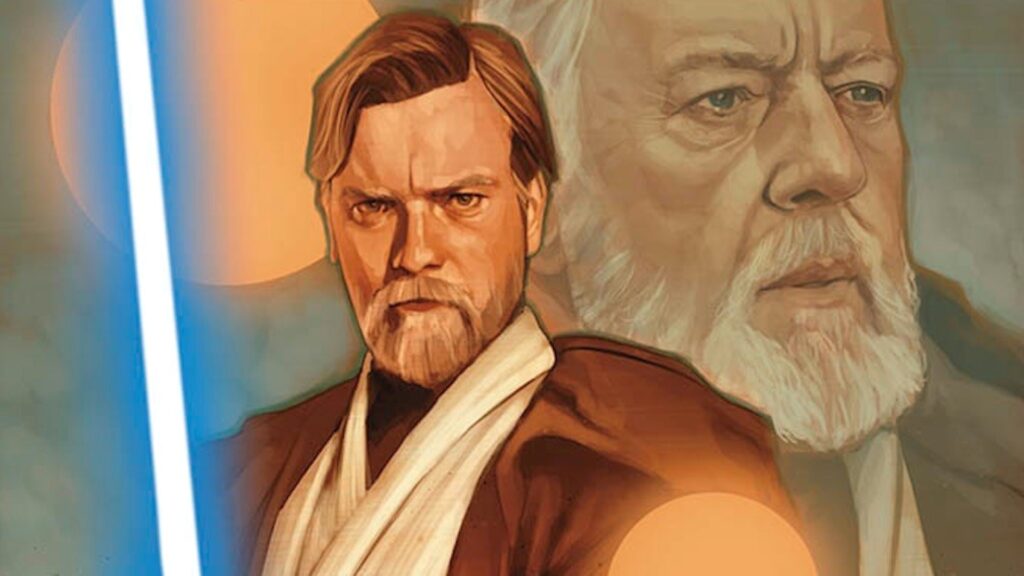 Obi-Wan Kenobi will return in less than two months. The fan-favorite Jedi Master will return to the big screen for the first time since 2005’s Revenge of the Sith, with Ewan McGregor reprising the character for the fourth time. As the Disney+ series covers a significant sequence of events during his exile on Tatooine, fans may anticipate meeting an emotionally damaged Obi-Wan.

The Obi-Wan Kenobi series bridges the gap between Episodes III and IV for the character. The saga films have essentially covered the length of the Jedi’s life, with the final installment of the series slated to tell his final big adventure. However, his youth phase in the character’s life has been completely ignored.

The five-issue miniseries will not only provide us new insight into his time on Tatooine’s deserts, but also into his time as Qui-Gon’s padawan, another story set during the Clone Wars, and even his time as a youngling. It appears that the series will begin with an adventure set in the Coruscant underworld. All of these tales will be delivered in flashback, as “Old Ben” reflects on events from his past.

The first official preview of Marvel Comics’ Star Wars: Obi-Wan Issue #1 was released by SYFY. The panels show an elderly Kenobi on Tatooine before portraying him as a little boy on Coruscant, with no dialogue.

Kenobi is seen as a young child bouncing and sprinting across the streets of Coruscant.

Early hints of the young Padawan’s mastery of the Force are evident when he violently throws two opponents into each other.

Lastly, Obi-Wan is also shown in a cave with a sinister-looking group of people, one of whom has horns and is clutching a pendant in front of him, indicating Kenobi has some sort of attachment to the object.

Author Christopher Cantwell spoke about the experience of developing this miniseries. The creative process appears to have begun with an attempt to pin down distinguishing Obi-Wan’s characteristics so that these renderings all seemed like the same person at different periods in his life:

“I think Obi-Wan, regardless of age, has certain indelible traits. He’s incredibly loyal, and has shown deep connection to certain people in his life. I also think he is honor-bound, but willing to push boundaries when need be. Part of that he likely learned from Qui-Gon, but a lot of that in my opinion is intrinsic.

I think these are things that would be present in Obi-Wan from an early age. I remember certain perspectives or feelings when I was eight. And I also watch my own eight-year-old son and know he’ll be seeing certain things and bringing certain perspectives to situations in a similar way for the rest of his life. Some things are already hard-wired in. Obi-Wan’s ‘hard wired’ traits are what we see in this story.”

Finally, speaking of the Clone Wars, Cantwell goes into more detail about young Kenobi during these challenging war-torn years:

“We explore some intense moments of the Clone Wars that are new. I was always fascinated with that period ever since Leia mentions it offhandedly in her recording. To me, it had to be formative for him, considering how vast the conflict was, and how intense. It’s been explored really well already in newer work, but it was very interesting to tell stories from that era.

He’s also about my age in those stories, so I probably ended up bringing some of my own perspective into him in those issues—those times when you realize things are not as simple as they seemed when you were younger and are instead infinitely more complex.”

The first issue of Star Wars: Obi-Wan will be released on May the 4th, followed by Issue 2 in June. It sounds like it will be an intriguing book to read.

What intrigues you the most about this comic series? Let us know in the comments below!