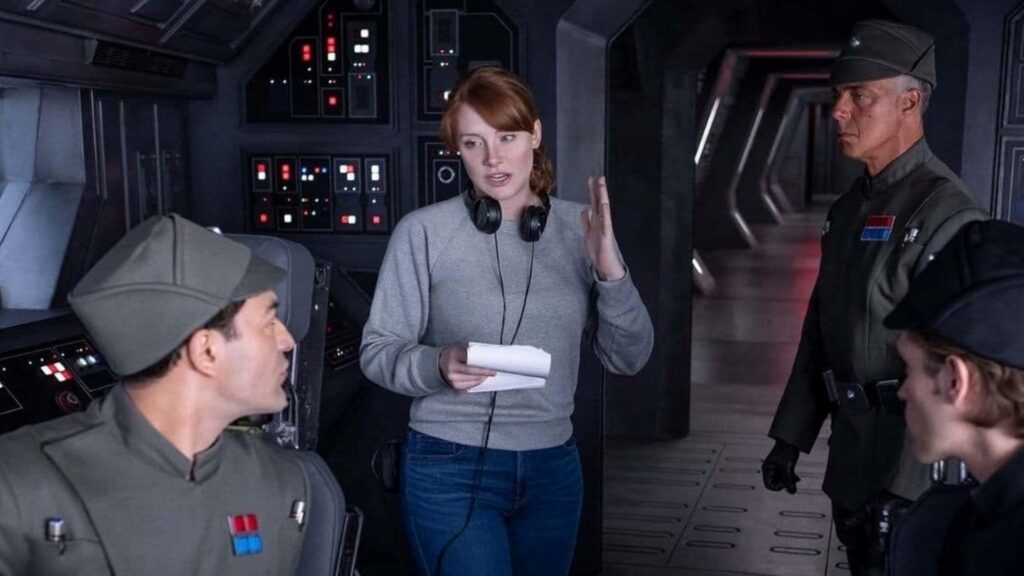 Quite frankly, The Mandalorian has kept the Star Wars franchise afloat. While the sequel trilogy received positive reactions, nothing can top the success that Din Djarin and his little pal Grogu have brought for Lucasfilm. In fact, it was recently revealed that The Mandalorian has easily been the “most-watched” series on the Disney+ streaming platform, totaling 14.5 billion minutes watched, according to Nielsen’s 2021 year-end report. So, as you can see, Star Wars has become a hot commodity.

Bryce Dallas Howard, among the most popular of The Mandalorian directors, has revealed that fans of The Clone Wars animated TV series will be quite pleased with the work being done on the upcoming live-action Ahsoka series that she’s involved in.

To begin with, Howard talked with Romper about her early life and the bonds she made while growing up:

“Growing up, our dad was, and still is to this day, very good friends with George Lucas who created Star Wars. We’re close in age to his kids. Last time I saw him, George was like, ‘I have a picture of all of you all in the bathtub together… ‘awesome, George.’ And so, every single year for Christmas, we would get Star Wars figurines. Before I was even old enough to know who the characters were and what the stories were, I was getting these little figurines, and I was very curious about it, and I was really into it. I learned about Star Wars first through the toys. And when I was old enough to watch the movies, of course we watched the movies. And then I got even luckier, because when I was 15 years old, I went to a summer camp, and one of my friends at that summer camp is a woman named Natalie…”

Howard continued to speak of her relationship with Natalie Portman and how she “didn’t realize how well I knew Star Wars” when joining The Mandalorian:

“… and right after we were at this camp together, she went and filmed the prequels. Since I knew George and I was friends with Natalie, and she was pretty young, she wanted to have a friend come out and visit. And so I got to go out to the set. So when I actually got to direct on Mandalorian, I didn’t realize how well I knew Star Wars, but I knew it pretty well. Of course there’s always more to learn. And there’s this guy, Dave Filoni…”

“Yeah. So, Dave Filoni, he knows Star Wars better than anyone other than George, and he was taught by George when he was doing all of the Clone Wars because they did that together. And we worked together on Mandalorian.”

And without further ado, Howard teased that Clone Wars fans will be “greatly rewarded” with Ahsoka:

“Without giving anything away, you are going to love the Ahsoka show that’s coming up. I cannot tell you anything, but what I can say is that you being a fan of The Clone Wars will be greatly rewarded.”

Ahsoka is set to begin production later this month with an expected release in 2023.