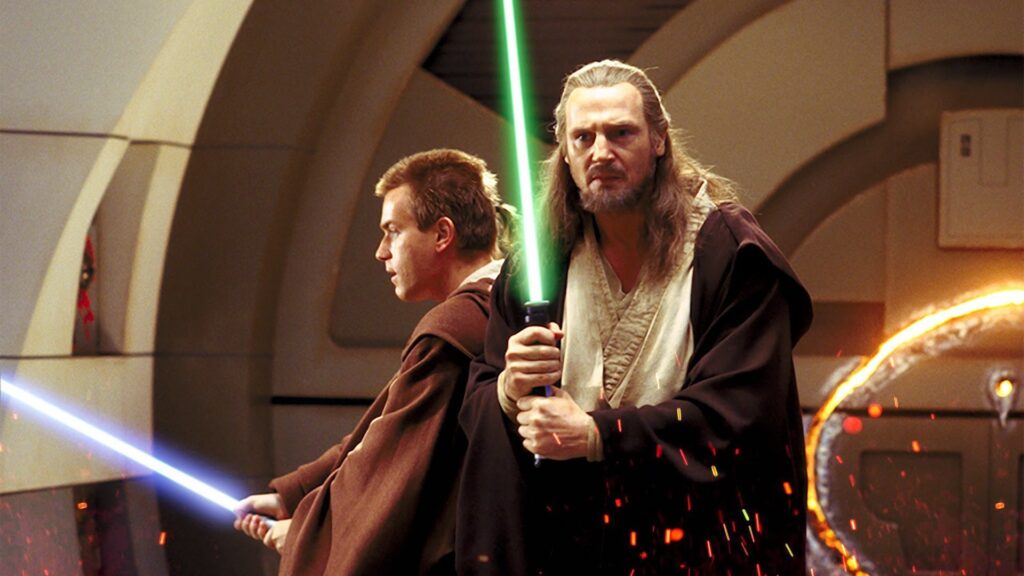 Lucasfilm isn’t shy of bringing back characters from past Star Wars projects. In fact, Obi-Wan Kenobi and Cassian Andor are set to return in their own Disney+ series later this year. While these characters have become legends, a name that can often get looked over is Qui-Gon Jinn.

Liam Neeson is most recognized for his action performances in films such as the Taken trilogy and 2005’s Batman Begins, but he also played Jedi Master Qui-Gon Jinn in 1999’s The Phantom Menace, which helped spark the Star Wars prequel trilogy. He’s featured in three episodes of Star Wars: The Clone Wars since then, as well as a voice appearance in 2019’s The Rise of Skywalker, but otherwise he’s been quite absent.

Since the announcement of Obi-Wan Kenobi, rumors have swirled on multiple occasions that Neeson would be returning as Qui-Gon in the series whether as a voice or Force ghost. While his casting has yet to be confirmed, the actor has recently revealed to ComicBook that he’d return to Star Wars on only one condition.

Despite his desire to return, Neeson admitted to being “a bit of a snob” when it comes to TV parts, although he did say that he’d be open to reprising his role. He stated that his only stipulation would be that he star in a film, stating that he “[likes] the big screen” above working in television.

He also began reminiscing on his time as the grand Jedi, which he first played more than two decades ago, describing it as “a terrific experience”:

“Oh, I think so, yeah, yeah, yeah, I think so … if it was a film. Yeah, I’m a bit of a snob when it comes to TV, I must admit, I just like the big screen, you know? Qui-Gon, I can’t believe it’s 24 years since we made [Star Wars:] The Phantom Menace, I just cannot believe where the time has gone. It was a terrific experience, shooting that film in London.”

Although this is wild speculation, it almost seems like he’s trying to throw fans off the scent of him returning in anything other than a film. These comments just come at an odd time with Obi-Wan Kenobi releasing soon and his rumored involvement in the series. But, who knows? Maybe he actually has no interest in television. Strangely enough, it seems almost like he’s speaking from experience. I guess we’ll find out soon!

Obi-Wan Kenobi releases its first two episodes on Friday, May 27 on Disney+.