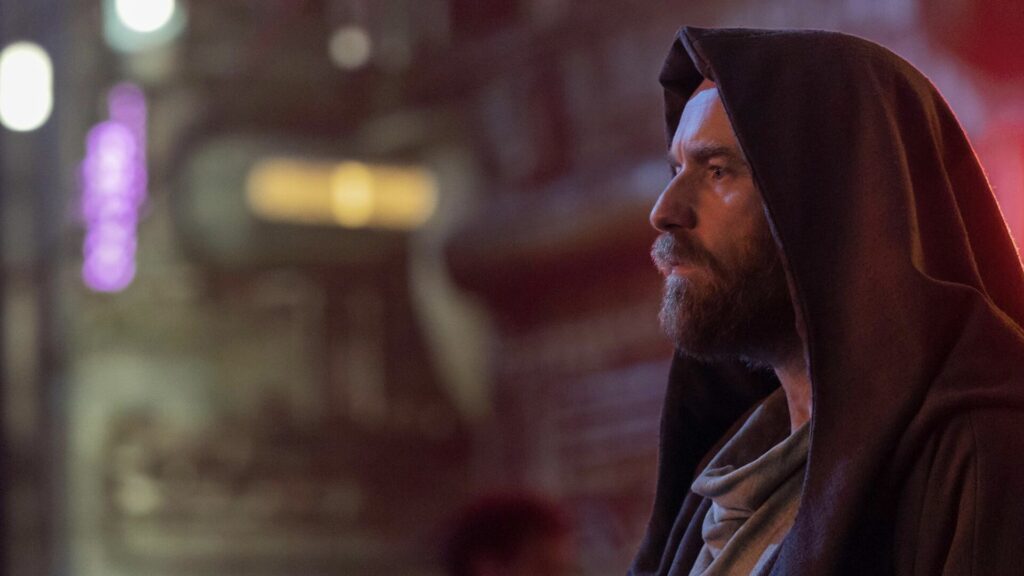 Hello there! With a new Obi-Wan Kenobi poster leaked (pictured below), it seems as if it’s time for the marketing to start ramping up! The poster gives fans their first official look at an Obi-Wan and Vader rematch, and it’s exciting to say the least. It may just be artistic liberty being taken, but the blue flames definitely resemble the Sith flames seen in Star Wars: The Clone Wars and Star Wars: Rebels. This is of course speculation, but it’s an exciting clue to what the show may entail, if it is indeed a clue.

If the poster wasn’t exciting enough, very reliable sources are now suggesting that actual footage will be shown within a week! The source does not state the details of the footage, just that it lines up with what they’ve heard about the series. The source also doesn’t specify whether or not it’s a trailer, just footage. Whatever the case may be, Star Wars fans have something to look forward to.

Finally, if the footage is a trailer, we may hear some of Natalie Holt’s original music for the series. I should clarify she’s only rumored to be doing the score, which was originally reported here. Natalie Holt did the score for the critically acclaimed Disney+ show Loki, and like the show, her music for it received lots of buzz. With John Williams doing the main theme, and Natalie possibly doing the majority of the music, a new Star Wars masterpiece may be ahead.

Obi-Wan Kenobi premieres with two episodes on May 27th, only on Disney+.