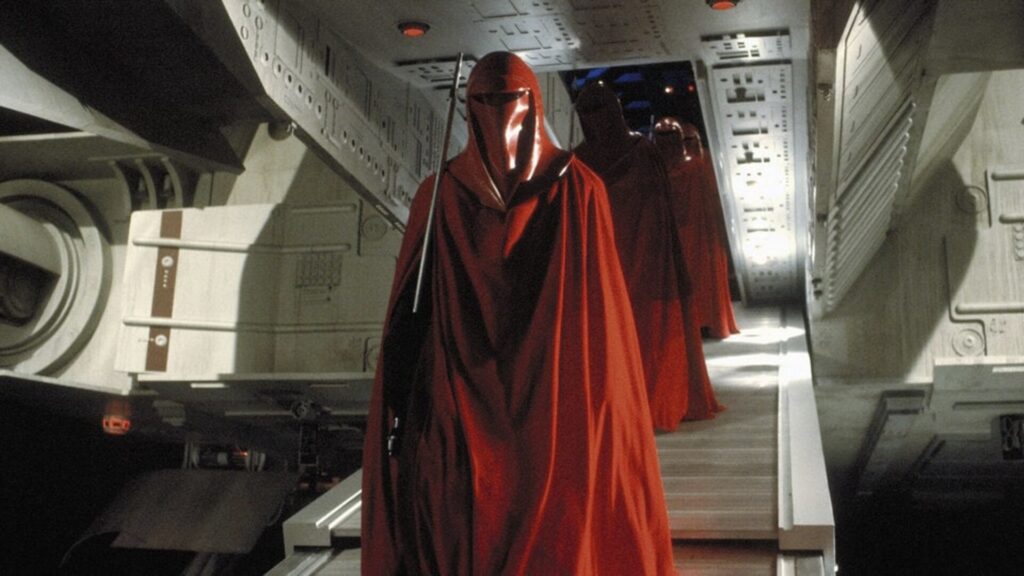 The Imperial Royal Guards are now rumored to return in Andor, Lucasfilm’s upcoming Rogue One prequel series for Disney+ starring Diego Luna as Cassian Andor, according to a new report from Bespin Bulletin.

While the Royal Guards are frequently associated with Emperor Palpatine, these crimson-clad sentinels are more likely to accompany Mas Amedda, the former Vice-Chair of the Galactic Senate, who is also reported to appear in the series.

Mas Amedda will be acting as Grand Vizier of the Emperor during the Galactic Empire during the time period in which Andor is set.

It’s also worth mentioning that the Royal Guard isn’t the first time they’ve escorted someone other than Palpatine. The Royal Guard was also shown in Rogue One alongside Darth Vader, in addition to guarding Amedda in the comics.

Andor is scheduled to premiere on Disney+ in Summer 2022.