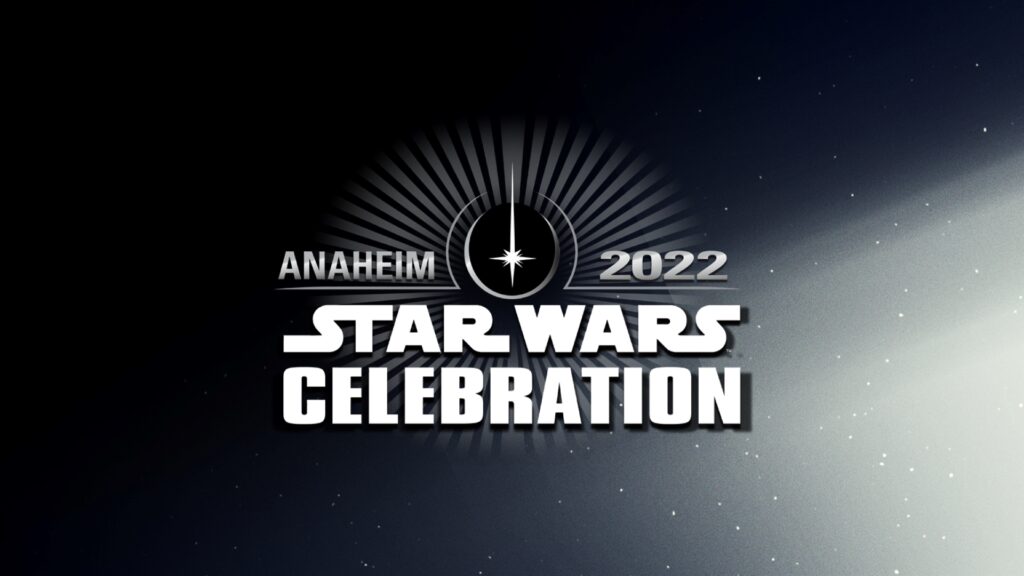 We are less than one month away from Star Wars Celebration, the biggest fan event of the galaxy far, far away! Right now, we’re also on the precipice of one of the biggest TV series releases in history with Ewan McGregor’s return as Jedi Master Obi-Wan in Obi-Wan Kenobi. Much will be revealed at Celebration so here’s a breakdown of all the panels to explore at this grand event, courtesy of StarWars.com:

The Galaxy Stage is one of two premiere stages for the weekend, along with the Celebration Stage. The best first looks on the big screen are planned, as well as a wide variety of shows featuring the depth and breadth of the Star Wars universe. Catch conversations with the masters, celebrity appearances, and more. Enjoy the pre-show before each session, too.

Celebration’s Twin Suns stage covers the ins and outs of what goes into creating the Star Wars universe, hosting guests who make it happen for movies, television, toys, books, comics and more.

Some programs on the Celebration Stage will be streamed to the Galaxy Stage and the Twin Suns Stage.

Star Wars Celebration returns, launching with a must-see showcase that will kick the weekend’s festivities into hyperdrive. Lucasfilm’s current crop of live-action filmmakers will be joined by special guests to discuss the many Star Wars adventures coming soon, including Obi-Wan Kenobi, Andor, and The Mandalorian.

Attack of the Chords: The Music of Episode II with David W. Collins

Come celebrate the music of Star Wars: Episode II – Attack of the Clones as host David W. Collins explores the musical connections between the story and characters, breaking down both new and classic themes.

Lucasfilm Publishing: Stories From a Galaxy Far, Far Away

From adult novels to kids comics, from the time of the High Republic to the rise of the First Order, this is the place to dive deeper into the stories from a galaxy far, far away. Featuring details on new and upcoming titles from Disney Lucasfilm Press, Del Rey, Dark Horse, and more! Including all-new announcements and reveals from a galaxy far, far away! Moderated by Lucasfilm’s Michael Siglain.

Ian McDiarmid: An Audience with The Emperor

“I am all the Sith.” Join Ian McDiarmid, who portrayed Chancellor and then Emperor Palpatine in all three trilogies of the Skywalker saga, for a discussion that is sure to reveal rare insights and behind-the-scenes stories from the celebrated actor who provided some of the most resonant, bone-chilling performances in all of the Star Wars saga.

The things we collect and bring into our lives really do show our affinity for the story we love.

Come celebrate with us and find out what’s happening first hand with your favorite Star Wars collectibles. We’ll chat about Prop Replicas, statues and more, probably with a surprise or two along the way.

The High Republic: For Light and Life

Centuries before the Skywalker saga there was The High Republic! Join moderator and Star Wars: The High Republic Show host Krystina Arielle, along with luminous authors Claudia Gray, Justina Ireland, Daniel José Older, Cavan Scott, and Charles Soule, along with Lucasfilm’s James Waugh and Michael Siglain, for an in-depth conversation about the golden age of the Jedi. Including all-new announcements and reveals from Phase II: Quest of the Jedi!

The Summer of LEGO Star Wars

Join the LEGO Group and Lucasfilm as we celebrate the Summer of LEGO Star Wars. Panelists from across Consumer Products, Games and Animation will highlight all the ways fans can enjoy and interact with Star Wars from the unique LEGO lens. Dive into the expansive galaxy within the newly released LEGO Star Wars: The Skywalker Saga video game, discover brand-new construction sets that are sure to keep you busy this year and learn about even more ways to get your LEGO Star Wars fix this summer.

Lucasfilm Publishing: Behind the Page

Explore the world of non-fiction, novelty, and behind-the-scenes books for fans of every age. Featuring details on exciting new and upcoming titles from Abrams, DK, Insight Editions, and more! Including all-new announcements and reveals from a galaxy far, far away!

The shroud of the dark side has fallen! Join us as we celebrate the 20th anniversary of Star Wars: Attack of the Clones, the movie that not only introduced a lightsaber-wielding Yoda, a coming-of-age Anakin Skywalker, and clones, it also ushered in a new era of digital cinema, which two decades later has become an industry standard. Special guests and behind-the-scenes content will be revealed in this can’t-miss commemoration of the 2002 epic.

Discover a galaxy of merchandise celebrating all things Star Wars. Be among the first to get a sneak peek into what new exclusives will be coming from Disney & Lucasfilm. Get an inside look at how the merchandise of Star Wars Galaxy’s Edge was created, with insights from the Lucasfilm Brand Merchandising & Product Design Team.

Go beyond the spires in Virtual Reality: Making of ILMxLAB’s Tales from the Galaxy’s Edge

Take a look behind the curtains with the creators of Star Wars: Tales from The Galaxy’s Edge, the virtual reality experience that transports you to the outskirts of Black Spire Outpost, lets you visit Seezelslak’s Cantina, and explore the wilds of Batuu.

Join members of the Hasbro & Lucasfilm team as they discuss the popular Hasbro Star Wars line, including the Black Series and The Vintage Collection. Attendees will get an in-depth look at Hasbro’s latest action figure and premium roleplay offerings from throughout the saga. Word on the Holonet is there may also be a few surprises. May the Force be with you!

From a Galaxy Far, Far Away to a Disney Park Near You

Lightspeed to Endor! Join D23: The Official Disney Fan Club as we celebrate Disney’s original Star Wars attraction – Star Tours! From the misadventures of Captain Rex (RX-24) to the unexpected new destinations of today, we trace the 35-year journey of this iconic and innovative ride with some of the talented Imagineers and filmmakers who have brought the Star Wars universe to life in Disney Parks!

The best place to experience the spellbinding stories and colossal conflicts of the Star Wars galaxy is your nearest table! Join three of Asmodee’s tabletop gaming studios (Atomic Mass Games, Fantasy Flight Games, and Z-Man Games) as they explore the process of making Star Wars games, reveal behind-the-scenes secrets, and provide a glimpse of upcoming releases. Bring a bag… you may even leave with a few games of your own! Moderated by Asmodee’s Justin Bolger.

Get the inside scoop on how Star Wars audiobook originals—including DOCTOR APHRA and TEMPEST RUNNER (The High Republic)—are brought to life, from conception to recording. Moderated by PRH Audio executive producer Nick Martorelli.

In their first appearance at Star Wars Celebration since the premiere of The Mandalorian, join Jon Favreau and Dave Filoni with special guests for a lookback and a look ahead at what’s to come.

Behind the Scenes of The Mandalorian & The Book of Boba Fett

Return to the sands of Tatooine as members of the visual effects, creature effects, and sound teams pull back the curtain on their work for The Mandalorian and The Book of Boba Fett to meet the creative challenges put forth by showrunners Jon Favreau, Dave Filoni, and Robert Rodriguez. The team will share how practical puppets, advanced animatronics, CG animation, and cutting edge sound combine to bring the creatures to life. The filmmakers will also illustrate how miniatures continue to play a role in visual effects, and explain the latest advancements in virtual production from the ILM StageCraft team that helped pioneer the technology.

Both veteran and amateur cosplayers alike will join the most exciting Cosplay Competition in the galaxy at Star Wars Celebration Anaheim! It is more than just a competition – it’s a fun filled celebration of the very best Star Wars cosplayers that want to share their talent, skill and determination with the universe.

Star Wars: Hunters – Welcome to the Greatest Show in the Galaxy

On the planet of Vespaara, the galaxy’s greatest fighters assemble in the Arena to compete for glory and credits. Star Wars: Hunters will introduce a unique original cast of characters, facing off in thrilling 4v4 arena combat. Join the Zynga and the Lucasfilm teams to learn about how this spectacle will come to life, hear developer insights, and see behind-the-scenes glimpses at upcoming content.

Tales of the Jedi

2:30PM – 3:30PM, Live on the Celebration Stage; streamed to the Galaxy and Twin Suns Stages

The Mandalorian Production Designer and Lucasfilm’s Vice President and Executive Creative Director Doug Chiang will present an in-depth talk about designing the characters, spaceships, and worlds for Star Wars’ first live action series The Mandalorian and The Book of Boba Fett. He will share his design process and showcase rare artwork to offer insight into the Lucasfilm Art Department’s creative process. He will reveal the challenges they faced in developing memorable new characters like Grogu and the Mandalorian. Attendees will also have the chance to ask Doug their own questions.

Make mine Star Wars, and make mine Marvel! Join Marvel editor-in-chief C.B. Cebulski and some of Marvel’s top talent for a comics conversation unlike any other. Including all-new announcements and reveals from a galaxy far, far away!

I am C-3PO with Anthony Daniels

Go behind the mask with Anthony Daniels as he recounts his years bringing your favorite protocol droid to life.  Watch as he chronicles iconic moments, fan-favorite stories, and perhaps some things you have never seen or heard before!

Join Star Wars authors and book editors for an in-depth conversation about three of the most anticipated Star Wars stories coming in 2022:  Brotherhood, Shadow of the Sith and The Princess and the Scoundrel. From the prequels, to the original trilogy, to the sequel era there are Star Wars books from Lucasfilm and Del Rey for everyone. This panel is not one to be missed! Moderated by Del Rey senior editor Tom Hoeler.

A Look Back at Star Wars: Visions

Loyal allies, gifted pilots, skilled mechanics and fierce warriors, Wookiees have come to be many things in the Star Wars galaxy. Join host Amy Ratcliffe and special guests Joonas Suotamo (Chewbacca – Episodes 7, 8, 9, and Solo: A Star Wars Story), Carey Jones (Krrsantan – The Book of Boba Fett), and Charles Soule (author behind The High Republic’s Burryaga Agaburry) for a Wookiee-focused discussion that will include a tribute to the iconic Peter Mayhew.

Star Wars: The Clone Wars “The Siege of Mandalore” Screening

Join host David Collins and special guests Dave Filoni, Carrie Beck and Athena Portillo for a special screening of “The Siege of Mandalore,” the four episode arc that makes up the cinematic final chapter of Star Wars: The Clone Wars.

Behind the Scenes – The Creatures of Return of the Jedi

Movie monster fans won’t want to miss this in depth exploration of the Return of the Jedi’s aliens! Join special guest and Return of the Jedi creature maker, Kirk Thatcher along with FX artist Tom Spina (Regal Robot, Tom Spina Designs), Amy Ratcliffe, and Jason and Gabe from Blast Points Podcast as they turn their keen eyes towards the throne room of Jabba the Hutt and the wondrous creatures of ROTJ with a showcase of rare images and stories from the making of the film.

Gather with your friends and fellow Star Wars fans to relive the best moments of the weekend and bid farewell to another Star Wars Celebration. Featuring special guests, weekend highlights and much more, this is a send-off you won’t want to miss!

Have you ever been to Star Wars Celebration? Share your memories by tagging us on Twitter at @bluemilkncookie!