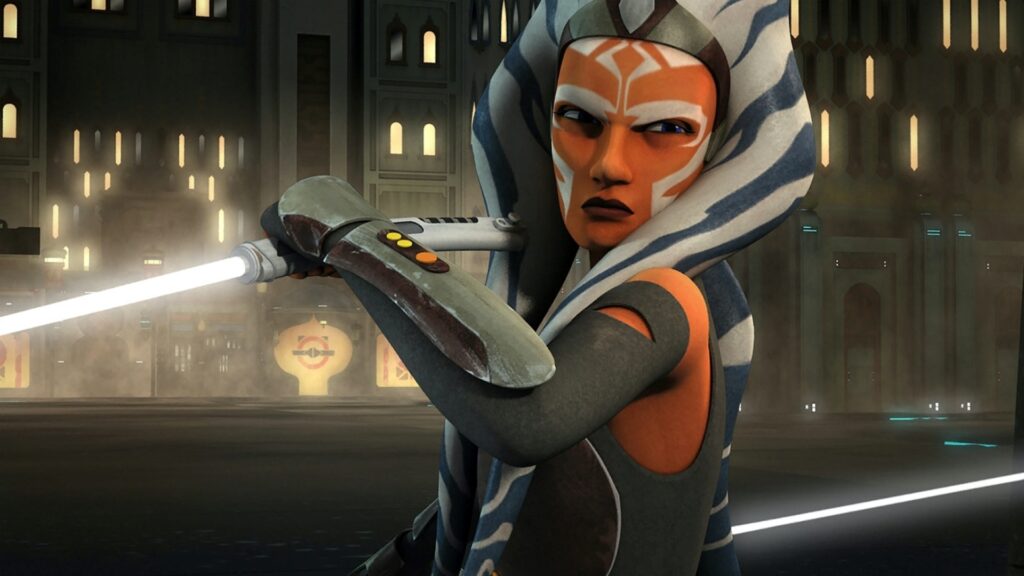 UPDATE: shopDisney and Ahsoka voice actress Ashley Eckstein have officially confirmed that new Ahsoka Tano hilts will be available for sale online. Check out the update below!

Following her exit from the Jedi Order, Ahsoka Tano built a new set of sabers that have become some of the most iconic hilts among the Star Wars fandom. As shown in the image above from the animated series Rebels, you can see how her sabers glow a purified white, indicating her non-affiliation with both the Jedi or Sith.

Because of Ahsoka’s rare diamond-patterned hilt design, the hilts have continued to garner popularity over the years, leading to the set being sold at Disney Parks’ Star Wars: Galaxy’s Edge in Disney World and Disneyland. After their initial release, the set was seemingly “retired” after a while in favor of new character sabers. However, with May the 4th coming in just a couple of days, it seems that this may be changing.

According to Jedi News, shopDisney UK has supposedly leaked our first look at a new set of Ahsoka Tano sabers that are to be sold on their online site. While it sounds like an online exclusive, Jedi News mentions that they’re “imported from Galaxy’s Edge,” indicating that they’ll also be sold at Galaxy’s Edge in both parks.

Check out the forthcoming set below:

For those aware of the limited Skywalker Legacy Box Set sold last year which included both the Leia Skywalker and Reforged Skywalker sabers as seen in The Rise of Skywalker, the wooden box had its own unique design and would play music when opened. It appears that this Ahsoka Tano set looks to be designed the same way, and if prices are consistent with last year’s set, it should be priced at $375 US.

At this point, we have no official confirmation from Disney about when and where these sets will be available. While all signs indicate a UK shopDisney and Galaxy’s Edge release, it’ll be interesting if these will also be sold on the US shopDisney site as well.

shopDisney has released a time when the new Ahsoka Tano legacy lightsabers will go live!

Stay tuned here for the latest news on May the 4th!