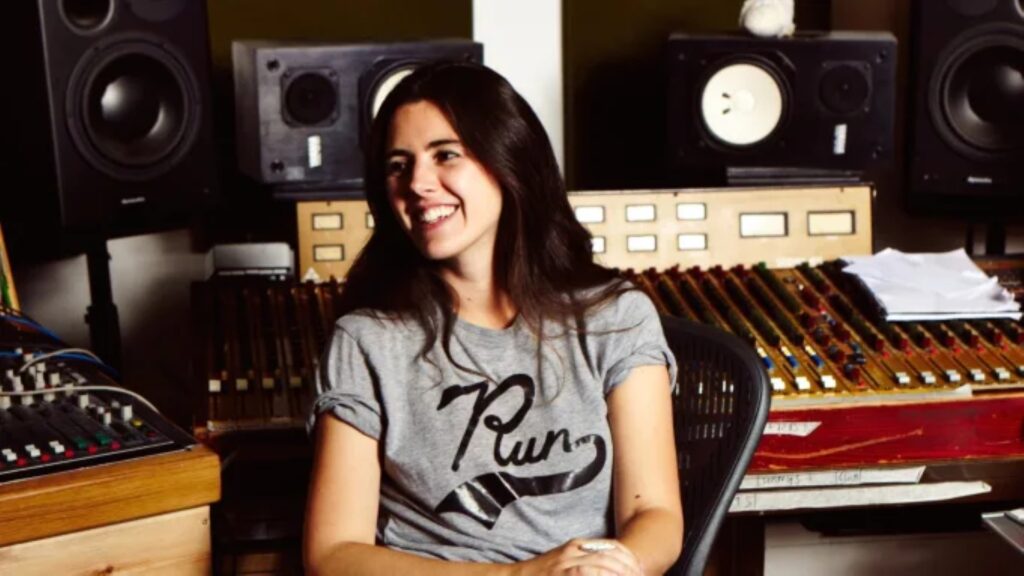 For decades, John Williams’ famous compositions dominated the Star Wars musical scene. Since Disney began producing Star Wars films and television series, new composers have lent their talents to the galaxy far, far away, beginning with Michael Giacchino for Rogue One and John Powell for Solo, and in addition to Joseph Shirley and Emmy winner Ludwig Göransson with recent live-action TV series. Natalie Holt, who previously composed the score for Marvel’s Loki, spoke about her experience composing the upcoming Obi-Wan Kenobi series.

In an interview with The Hollywood Reporter, Holt drew a comparison of her work on Obi-Wan Kenobi and Loki:

“Loki required a certain lightness of touch, shall we say? It was more comedic in places and was also just a wacky journey through time and space. I was using lots of different palettes of color in that that weren’t appropriate for [Obi-Wan Kenobi] because it is more of a serious tone. For me as a violinist and as someone who’s a lover of big orchestral sounds, it was just a chance to pay homage to John Williams. It’s kind of a collaboration with the history of Star Wars and his new theme, and then also bringing a bit of modernity to it. There are some new elements in there. I guess it was my take on orchestral and emotional. I really got some lovely violin solos in there from James Ehnes. It was pushing the forces of what I’ve been allowed to work with before because of the scale of the drama, as well.”

Holt then elaborated on how similar her experience was to past Star Wars composers like John Powell:

“I probably had a more similar journey to John Powell or Michael Giacchino in the world of my Star Wars experience, because it was steeped in the historical heritage characters. Whereas, Ludwig [Göransson] had a kind of new landscape to work with, so he was able to carve out a bit more. He managed to set his own musical tone with what he was doing [in The Mandalorian] just a bit more away from the cannon. Powell had a theme written by John Williams, who wrote a theme for the Han Solo movie as well. I got to meet him actually at the SCL Awards and it was just great to have a bit of camaraderie. He said you get a Star Wars job and it’s this thing that you’ve grown up with as a kid — and John Williams is John Williams — so it’s overwhelming and it takes you a hot minute to just get your head around it. (Laughs.) [Obi-Wan Kenobi director] Deborah Chow as well said this about just finding the tone and the balance of the Star Wars that we’ve known and then doing something fresh and a bit more your own identity within it.”

Many composers go through similar growing pains as they try to blend their own style with past legends like John Williams. Holt explains:

“The most difficult thing was finding my access point. What was my take on Star Wars? Because it is getting my head around it; feeling a bit frozen with the enormity of it…

…I would say it was like episode four, where I felt like, “Oh, it’s just flowing now.” I was getting it and it was just flowing out, and Deborah was like, “Yep, great!” and hardly any notes back. Before that, she was like you’ve gone too old-fashioned or no, this isn’t for us. Luckily Deborah was very clear on what wasn’t appropriate in this area. When you’re jumping on a project, it’s really important to have someone leading in that way and she was great. Kathleen [Kennedy, president of Lucasfilm] as well. Everyone sort of has this overview that you don’t have because you’re like a rabbit in the headlights working on the show. And they’ve kind of gone through that. Deborah said everyone has this moment where they’re like, “Oh, I’m working on Star Wars!” The writers — like all departments. It takes everyone a minute to get used to the idea of it and then find their way.”

Holt commented on John Williams’ contribution to the series and his new theme:

“We didn’t collaborate, but I did get to use his theme. He didn’t have very long and it was quite last minute whether he’d have time or not. But he really wanted to write that theme because he was the one character that he didn’t write the theme for in the original movie. So I think he had this feeling that he wanted to complete the challenge. I think he had two weeks and he came on board and wrote the Obi theme and a suite, which is the main title, and then a few variations of how the Obi theme can work. That was what he had time to give the project, and it was just a gift. It’s so perfect and in a way, once I had that Obi theme, it set the tentpoles up for the project.”

The first woman Star Wars composer musically gave us some insight as to what locales and characters she’s writing for and the “unusual” instruments used:

“…you have your hero theme and then you branch out from that. Obviously, John Williams has written the Obi theme, but I did start off trying to write one, to be honest. I was writing from Deborah’s instructions and it was interesting. She was like, “He’s in the desert. He’s lost, he’s been alone.” It’s like anything for his theme would just be small, crumbling, fragmented and thin. Then it would grow as he goes on this journey. That was kind of interesting seeing the place that I arrived at, just for the world and his environment. Obviously, there are lots of different characters in the show, and I did also write music themes for planets. In addition, there is a Stormtroopers theme.

There are definitely some synth elements because I do like combining. It’s not always straight-up orchestral, just sometimes it is. I had John Williams’ orchestra, basically — the same orchestra that he used and the same lineup. What he’s done is just within the orchestra and using orchestral colors. So I did a bit of that, but I also used more unusual instruments. I found this Swedish folk flutist. He’s got this collection of 250 different flutes and horns. He had this hunting horn, which I recorded and then pitch-shifted it down. There are definitely some other unusual elements in the score as well. I just love to experiment with things and be inspired by a sound and then develop something else.”

Finally, Holt discussed the unusual nature of television series and scoring for them rather than a film:

“I wish I’d had more time, but you know, we all say that. (Laughs.) It’s that part where you get to run-off and record some things and play around a bit. Loki had the pandemic happen in the middle of it, so I think we had like an extra four months or something because it was lockdown. And things just took longer in that period of time. Now everyone’s kind of getting back up to speed again. I miss the luxurious extra month to create. But now everyone and everything’s in person, which is also amazing. I got to go over to L.A. and be in the same room as Deborah and record with the orchestra there in the room. That was so special to have that live experience with this project.

I guess there would have been more time maybe if Obi had been a film? I don’t actually know. But the resources are certainly there. The orchestral recordings, percussion recordings — it’s all live. I didn’t have to compromise on not being able to record live. The volume — it’s a lot more hours than it would be in a film. More ground is covered, I think, in TV. We’re in a really interesting time with the content we consume. We have all this extra time and some people would rather get into a series now. You feel like you can immerse yourself more fully in it, and get more detailed story points. Hopefully, the stories are rich enough to support that as well. I feel like we’re in a really amazing sort of explosion of great TV. People used to look down I think on TV. John Williams is now providing the theme for a TV show. (Laughs.) I think we’re all in good company.”

Obi-Wan Kenobi‘s score seems to be in talented hands. Soon, we’ll be able to hear Holt’s masterpiece when the series releases its first two episodes on Disney+ on May 27.