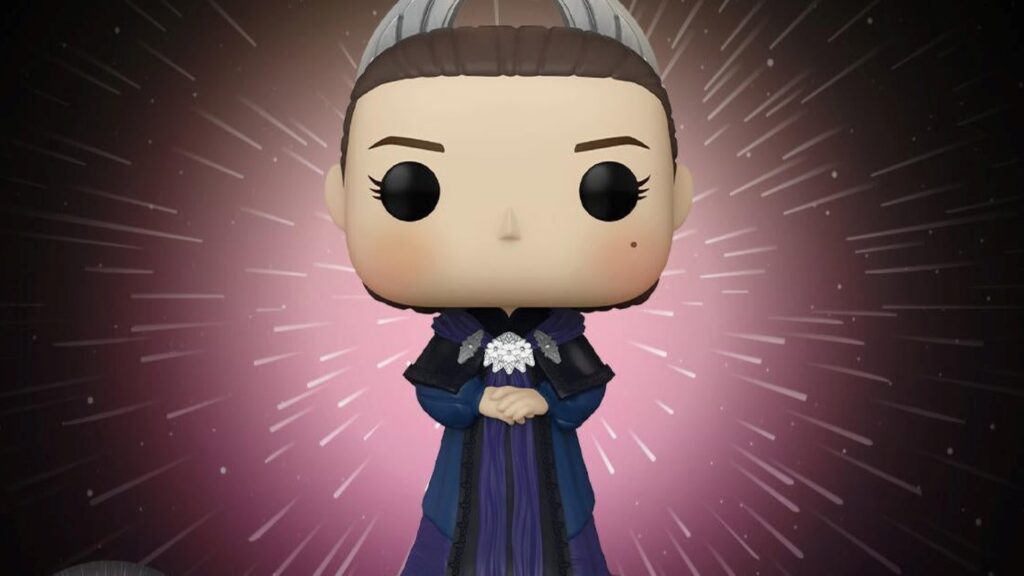 Earlier today, Funko announced a new POP! series, exclusive to Amazon, called Star Wars: Power of the Galaxy. It will feature six bobbleheads in total, beginning with a new figure of Padmé Amidala, which can be preordered here.

Those with sharp eyes may recognize this figure’s costume from her “thunderous applause” moment during Revenge of the Sith, her final appearance in the Senate. Per Funko designer Meg Dunn’s interview with StarWars.com, “Padmé has some of the most iconic outfits in the Star Wars franchise, so it was challenging to choose just one of her many memorable looks. I’ve always found her dual roles as Queen Amidala and later senator of Naboo to be really fascinating, and we wanted to find a way to represent both sides of her character — her poise and beauty as a queen, and her strength and courage as a leader. That’s why we chose this outfit from Revenge of the Sith. It’s from the scene where Supreme Chancellor Palpatine declares the dawn of the Galactic Empire, and Padmé utters that iconic line: ‘So this is how liberty dies, with thunderous applause.’ It’s a very powerful moment in the film.”

According to Funko, the “Power of the Galaxy” line will be celebrating the women of Star Wars. While the other five characters have not yet been revealed, Padmé’s bobblehead will be released in July with a new figure available every month after.