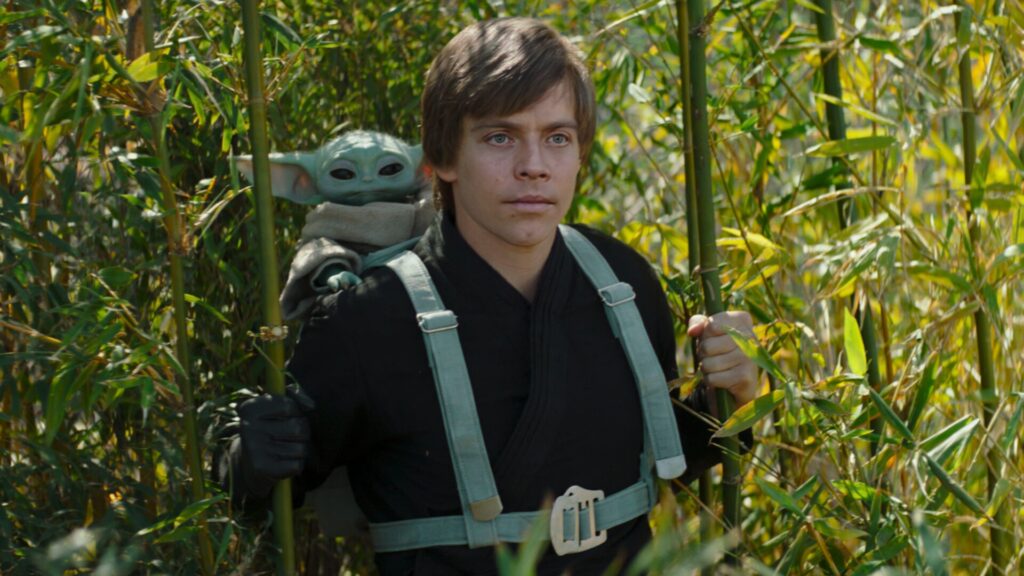 In The Book of Boba Fett, many fans were stunned by the appearance of Luke Skywalker, and how much the CGI for him had been improved. After seeing the massive improvement, it got many wondering why the first attempt fell flat in realism. ILM Supervisor Richard Bluff recently spoke in detail about this in Disney Gallery: The Book Of Boba Fett.

Speaking on the beginning of the work on Luke, Bluff said:

“One of the most satisfying aspects of the work that we did with Luke was the progression. Where we started at the end of Season 2 was a place where we gained a lot of experience. So, for Season 2, we partnered with the visual effects artists at Lola. And of course, through that process, they were using deepfake to understand what the likeness needed to be for our Luke Skywalker face swap.”

He then went on to reveal the issue with the first attempt, and it’s quite simple:

“At the time, we weren’t able to use them in the final product because the technology was still developing. We couldn’t get the resolution required.”

The technology just wasn’t there yet, and it made for a more stilted but admirable attempt.

Bluff also acknowledge the contributions of deepfake artist Shamook, who made a viral fix of Luke’s first cameo:

“And, I think, for ILM, that continued to advance when they hired Sam Head. Someone, of course, that’s very familiar to people that have followed the progression of deepfake work in particular of this character. He came in and was able to offer advice and guidance, and it was really a collaborative effort between Pete Demarest, and Sam, John Knoll, Landis, and the many, many, many other artists that allowed this work to achieves the heights that it did.”

Without Shamook’s insights, we may have not gotten the finished Luke effects as good as they were.

Luke is bound to show up again, and with how much progress the geniuses at ILM are making, there’s no doubt he’ll look as real as Mark Hamill could possibly look the next time he pops up.