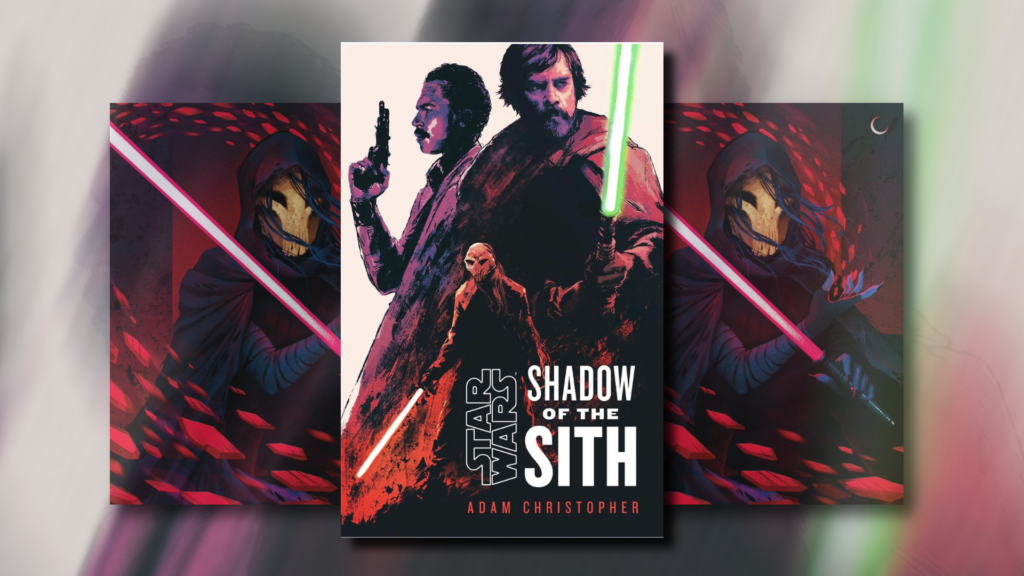 The new retailer-exclusive poster gives readers a great look at the new villain.

Fans looking for more sequel-era Luke Skywalker content have something big to look forward to in Shadow of the Sith, an upcoming novel being published by Del Rey Books and written by Adam Christopher. The book is set to feature Luke Skywalker, Lando Calrissian, and Ochi of Bestoon. Marketing for the novel also promises background information about the rise of the Sith Eternal, the Sith cult featured in The Rise of Skywalker. Since the initial announcement, fans have speculated about the inclusion of a mysterious third character on the cover artwork, as seen below.

This unnamed character wields a red lightsaber and has all of the hallmark designs of a Sith. While little is known about the plot of the novel, Del Rey Books has released a brief publisher’s summary which hints at a “new Sith menace”.

The Empire is dead. Nearly two decades on from the Battle of Endor, the tattered remnants of Palpatine’sforces have fled to the farthest reaches of the galaxy. But for the heroes of the New Republic, danger and loss are ever-present companions, even in this newly forged era of peace.

Jedi Master Luke Skywalker is haunted by visions of the dark side, foretelling an ominous secret growing somewhere in the depths of space, on a dead world called Exegol. The disturbance in the Force is undeniable . . . and Luke’s worst fears are confirmed when his old friend, Lando Calrissian, comes to him with reports of a new Sith menace...

Today, we received an additional look at the character via an announcement from Barnes & Noble which showed us the retailer-exclusive poster that will be included with copies of the novel. The poster provides a better look at the character design which includes a gold mask, blue-toned skin, and long dark hair. The never-before-seen villain is an exciting prospect that has readers eagerly awaiting the book.

Star Wars: Shadow of the Sith is slated to release on June 28, 2022 and will be available online, through your local book retailers, and in audiobook format. Keep an eye out for more news on the characters, as well as our review of the novel!

On this Star Wars Day, let us hearken back to an earlier time in Star…