Del Rey Reveals Stunning Cover for ‘Star Wars: The Princess and the Scoundrel’ 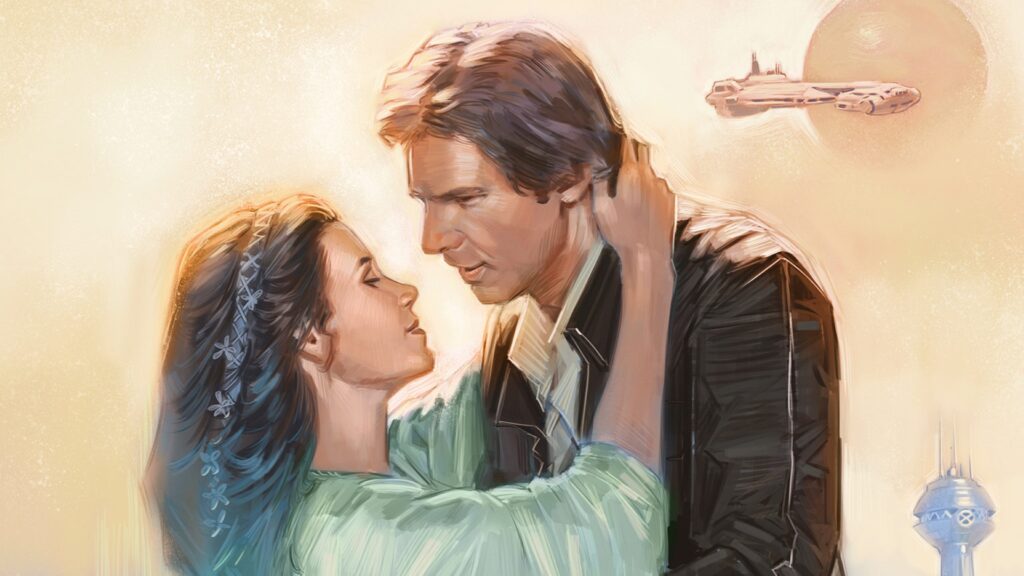 Leia Organa and Han Solo are two peas in a pod, it seems. While both come from vastly different backgrounds, somehow their love blossomed into one of the most pivotal relationships in Star Wars history. Now, it’s time for the well-deserved honeymoon they’ve longed for, but will inevitably never forget.

StarWars.com has revealed the cover for the upcoming novel Star Wars: The Princess and the Scoundrel by Beth Revis. According to the site, the synopsis reads:

“…set after the events of Star Wars: Return of the Jedi, [the book] will feature the wedding of Han and Leia — a well-deserved moment of joy after years of fighting. But when the duo embarks on their honeymoon aboard the luxury Halcyon starcruiser, they find that the battle with the Empire is far from over.”

Check out the fully-painted cover by Oliver Cuthbertson below!:

Cuthbertson reveals how his Star Wars dream has finally come to fruition:

“It has been absolutely lovely working with the team at Del Rey on this and quite literally a dream come true. I wrote a list of ‘things I want to do when I grow up’ when I was about 11 and working on Star Wars book covers was right at the top!”

The Princess and the Scoundrel is available for pre-order now prior to its release on August 16 in hardcover, ebook, and audiobook.