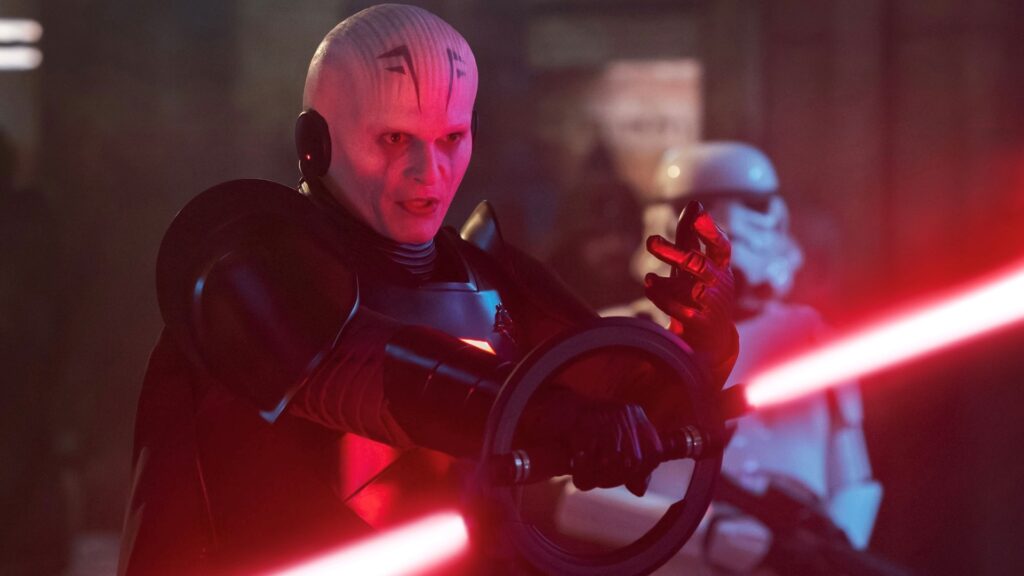 In a new interview with Entertainment Weekly, Rupert Friend revealed that he didn’t watch Star Wars: Rebels in preparation for his role as the Grand Inquisitor in Obi-Wan Kenobi. While that may sound blasphemous, his reasoning for it is pretty solid.

In simpler words, he didn’t want to imitate Jason Isaacs’ performance. As an actor, his job is to bring the character to life in the best way he can, and that just might be harder to do if he were constantly trying to imitate a previous portrayal of the character. If that still bums you out, the good news is that Rupert is at least familiar with the background of the character!

“Okay, so basically the Grand Inquisitor is the chief of the Inquisitors, and he reports directly to Darth Vader. He’s a pretty powerful member of the dark side. And some people who aren’t familiar with Star Wars may or may not know this, but he used to be a Jedi. He used to fight for the forces of good as a temple guard. And he also is one of the people who trained Jedi in fighting styles, so he knows all the things that they know about fighting, and that makes him a pretty fearsome opponent.”

Rupert also went on to detail how the voice for his performance came about, and it sounds like he definitely understands the essence of the character. Here’s what he said:

“It was interesting because, as I say, I deliberately didn’t want to sort of use anybody else’s interpretation of this character. So it was really something that I felt very instinctively when I read the script. And one of the lines that [Joby Harold], the writer, had written was when the Grand Inquisitor speaks, he’s a being who enjoys the sound of his own voice. He’s one of those guys who, if you didn’t stop him, would just talk and talk and talk. And I’m not giving anything away by saying we’re going to experience that in the show. He has this very juicy way of enjoying himself. And I just thought, what does the guy who enjoys the sound of his own voice sound like? And that’s what we got.”

Finally, when asked about the possibility of the Grand Inquisitor showing up in more projects, Rupert had this to say:

“So I would be completely open to it. I loved playing the part and would love to see what happened if he were to interact. Or, if you read his kind of timeline, there are some really fascinating things where he is turned into a hologram, and he decides to jump to his own death because he says that there’s some things that are worse than death, referencing Vader’s punishment. And obviously our period doesn’t cover that. So if they decide to explore that, I would think that would be pretty thrilling.”

Personally, the idea of seeing more of the Grand Inquisitor is very exciting! Rupert Friend makes his debut as the iconic character in Obi-Wan Kenobi, which premieres in one week, on May 27, on Disney+.