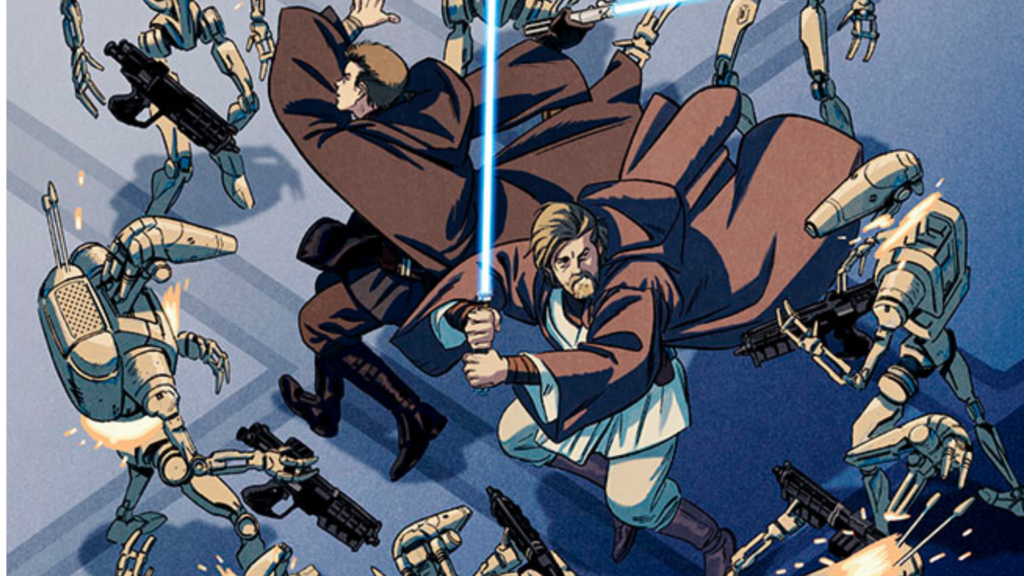 If you missed out on the news earlier this year, publisher Dark Horse Comics is returning to the Star Wars universe after 8 years away from the franchise. Dark Horse has previously published titles such as Star Wars: Legacy and Star Wars: Knights of the Old Republic, making a huge name for themselves among fans from 1991 to 2014.

This week, the official Star Wars website revealed a first look at their return in the form of Star Wars: Hyperspace Stories and Star Wars: Tales from the Rancor Pit.

Hyperspace Stories is set to release this summer, and will be written as an anthology series. The title promises to feature every era of Star Wars as well as a variety of fan-favorite heroes and villains. The all-ages comic will debut with a writing team of Cecil Castelluci, Michael Moreci, and Amanda Deibert with artwork by Lucas Marangon (Star Wars Tales).

StarWars.com provided a synopsis of the Clone Wars-era first issue.

When members of a Republic mission led by Senator Padmé Amidala are abducted by the ruthless Separatist General Grievous, Jedi Anakin Skywalker and Obi-Wan Kenobi leap to the rescue. But the operation quickly goes awry…

In the fall of 2022, Dark Horse is continuing the tradition of spooky stories with Star Wars: Tales from the Rancor Pit. The series will be written by Cavan Scott (bestselling author of Star Wars: The High Republic) and drawn by artists Nick Brokenshire, Juan Samu, and Rafael Pérez. Similar to previous Halloween outings in the Star Wars galaxy, the series will feature a variety of creepy tales for fans of all ages.

Set amid a backdrop of a dark and stormy night on Tatooine in the dungeon of Jabba the Hutt, the creepy offering includes clanking droid ghosts, the chilling wampa caves of Hoth, and a monster hunt with Saber-For-Hire Ty Yorrick

StarWars.com on details from Tales from the Rancor Pit

Star Wars: Hyperspace Stories #1 is slated for release on August 10, 2022 and Star Wars: Tales from the Rancor Pit arrives in comic shops on October 19, 2022 and in bookstores October 18, 2022. Both are available for pre-order from your local comic shop right now!