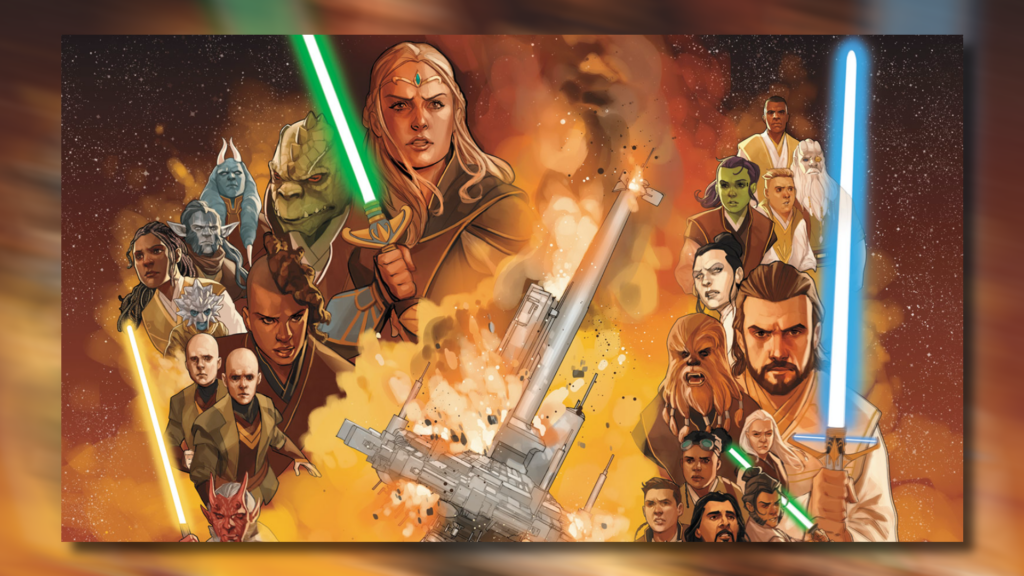 Star Wars: The Acolyte has created a whirlwind of rumors and speculation ever since its announcement last year. The upcoming series created by Leslye Headland grabbed audience attention when it was revealed that it will focus on the the emergence of the dark side in the final days of The High Republic era, roughly 100 years prior to The Phantom Menace.

Fans of the novels and comics are likely to be familiar with the critically acclaimed The High Republic series, a new era in the galaxy that explores events that took place hundreds of years prior to The Skywalker Saga. This era is one of wealth, innovation, progress, and above all is considered to be the golden age of the Jedi order. A TV series documenting the end of this era opens up a ton of possibilities. Showrunner Leslye Headland hopes to use the series to dive into the hidden reasons behind the Republic’s transition into the Palpatine era.

In her recent interview with Vanity Fair, Headland revealed that she has taken “extensive influence” from the Expanded Universe, which is no longer considered canon, but its various books/comics/games have been massive successes for the franchise. Headland hopes to bring bits and pieces of the E.U. to life, and back into canon with the series. While Headland can’t reveal with the title of the show means just yet, she hints that it does refer to a follower of the dark side.

Leslye Headland also explained that viewers can expect the show to be a mystery, where things in the galaxy may not be what they appear. She goes on to discuss that if the dark side is present in the Skywalker era, it must have survived in some way behind the scenes.

So of course my question is like, ‘Well, what else is going on?’ You can’t just end up with George’s Phantom Menace situation if everything is going well. It has to be going well at the expense of what? What is not being attended to? What are we turning a blind eye to that could lead to the rise of somebody like Palpatine about a century later? Yes, it’s one bad guy, but it’s one bad guy that completely undermines the entire system of government. A lot of other things must have been going on beneath the surface.

Leslye Headland, during interview with Anthony Breznican for Vanity Fair

When asked about her influences for the series, Headland said that she took a lot of inspiration from martial arts films. She mentioned specifically searching for story influences that felt more personal rather than “galactic” in scale, namely wuxia films such as A Touch of Zen by King Hu. Her focus on close and personal storytelling sounds promising for the show, as we’ve seen these types of stories perform well in the past (The Mandalorian comes to mind).

As the first live-action journey into The High Republic, we expect a ton of excitement and speculation moving toward its eventual release. Headland’s great influences, hints at dark-siders, and Expanded Universe inspirations have us eagerly awaiting more news on the show. We’ll be keeping you updated with the latest news surrounding the series. Star Wars: The Acolyte is currently planned to release in the Summer of 2023 on Disney+.