Everything at Mando+ Panel, Including Special ‘Ahsoka’ Reveal 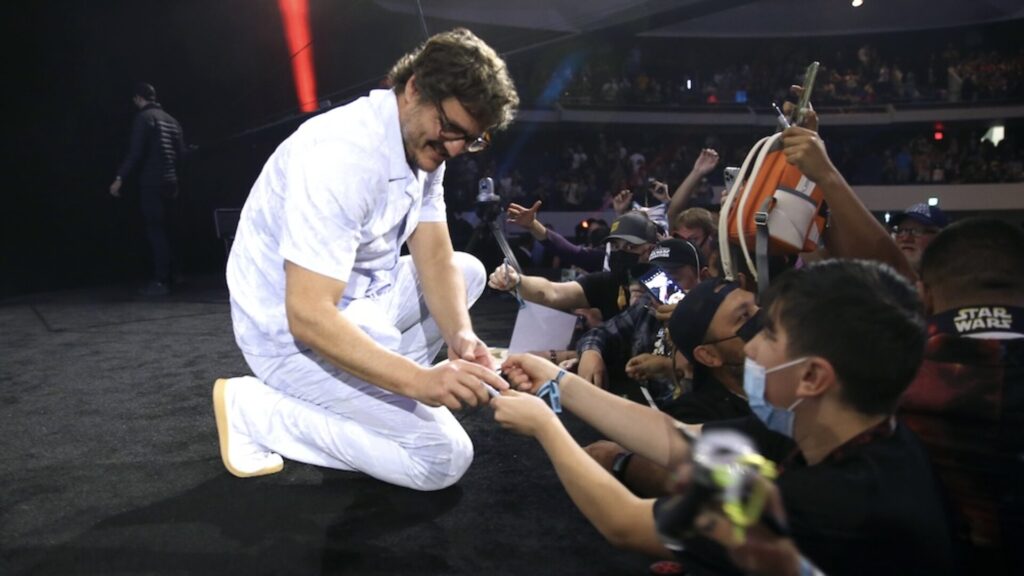 Serving as the most anticipated panel in the Star Wars Celebration, the decision not to stream the event for viewers at home has left many fans searching around the internet to search for any updates and footage relating to both The Mandalorian and Ahsoka.

The panel kicks off with the creator, Jon Favreau, and executive producer Dave Filoni. They discuss The Mandalorian and how its impact has brought new viewership to Star Wars shows and movies!

“I’ve always loved Star Wars. I grew up watching Star Wars. The type of story that I wanted to tell really suited the small screen. . .And it was also an opportunity to bring new people in who might not be up on all the lore. What we were most proud of was people were not just watching our show, but all of the viewership was going up for the movies and the animated series.”

Keeping the spoilers to a minimum, they joke about how well they have kept their secrets incredibly well, with Favreau referring to Luke Skywalker’s appearance, “A lot of secrecy, but every other secret we’ve ever had has come out. We’ve never made a casting announcement.” This outlook has engaged the audience in astonishing ways as we all continue to be at the edge of our seats with every episode, trailer, and event.

As they look back at how far they’ve come as a show, they look forward to seeing what’s to come. Joining them includes the Mandalorian himself, Pedro Pascal, as well as other guests such as Brendon Wayne, Giancarlo Esposito (Moff Gideon), Temuera Morrison, and many more guests as they share their creative experiences with the making of the show with an almost spoiler from Carl Weathers (Greef Karga). They all share a love and sense of community as they develop the story.

Emily Swallow (The Armorer) shares her moment where she realized the importance of unity. Her favorite line from the show comes from when she reminded everyone that Din Djarin took on the belief that they all had been living a different way for a while and that he was one of them while making the same sacrifices. “The reminder of that kind of bond of community is so important and so vital and the fact that this show and that Star Wars has always reminded us of those messages…is one of the reasons I love these stories so much and I think that the Armorer continually reminds us of those important heart and soul themes. I really appreciate that about her.”

Pascal said, discussing his relationship with Grogu, “It’s the closest I’ve come to being a dad.” As this warms our hearts, he explains that Grogu’s decision to abandon his training with Luke and Din removing his helmet displays their familial relationship developing. Even with the wrap of season 2, it is clear that there are more stories to tell between Din and Grogu as they navigate their journey in the future. Season 3 will premiere on February 23rd, 2023, and the stage continues to fill with Katee Sackoff and Executive Producer of Season 3 Rick Famuyiwa as they join the panelists.

Temuera Morrison joins the stage performing the Hakka to the theme song from The Book of Boba Fett. Taking his seat, he shares the Fett series making and its connection to The Mandalorian.

Today’s panel streamed more trailers, as seen on Thursday, with more content. Hopefully, the trailer will be uploaded online for the community to enjoy, but for now, we are aware that the new footage shows:

Shifting the audience’s attention, the excitement continues when Rosaria Dawson (Ahsoka) is welcomed on stage and another surprise, Chopper from Star Wars: Rebels, as they broaden their discussion on the upcoming show, Ahsoka.

Filming from the night before, she informs the crowd, “It’s been amazing. I was so excited that Dave posted when we started, we started filming on my birthday May 9. Last night was the end of our third week.” Right after her initial remarks, Filoni shares the footage with the audience. It showed:

Natasha Liu is one of the few confirmed actors in Ahsoka, where she is playing Sabine Wren. Filoni, Favreau, and Liu discuss their enthusiasm and thanks to the community, explaining that the fans help bring these characters and stories alive. Mena Massoud teases his possible affiliation to Ahsoka as he may be playing Ezra from the show.

“I feel like I’ve just been adopted into a new family. I feel that way about everyone I work with but also the fans. It’s just the most welcoming, creative… I have never experienced anything like this. Set is going really well. I can’t say a thing. I know how much Sabine means to a lot of people in this room. In watching Rebels, she’s come to mean a hell of a lot to me and I know how much she means to Dave so I think you guys are gonna be really excited about the journey she’s about to have.”

The panel came to an astounding end with Grogu joining everyone on stage for their final remarks and playing The Mandalorian trailer once more.