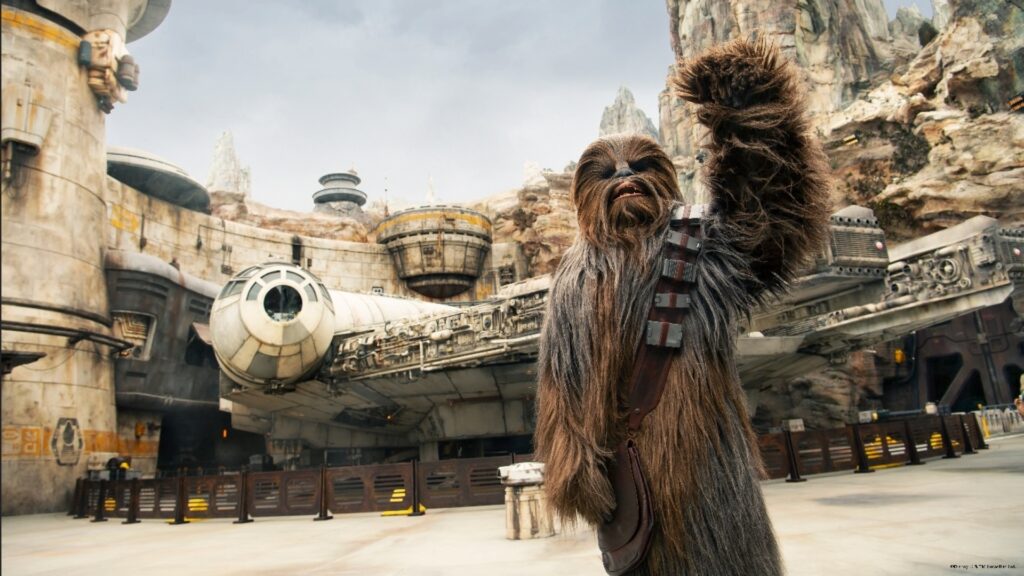 Dok Ondar has finally caught up with his busy schedule to announce a slew of new merchandise coming to his shop, Den of Antiquities. In response to a recent surge of popularity for the Jedi Master Obi-Wan Kenobi, a replica of the Jedi’s hilt will be available soon later this year, however, with pre-orders already open on shopDisney. Included with the hilt are the blade, belt clip, and display stand.

Even more exciting lightsabers coming to Dok’s will be Darth Sidious and Plo Koon’s to help balance the Force among wielders. Palpatine, however, has already arrived at Galaxy’s Edge East (Disney World) and is the first legacy hilt to feature a rechargeable battery with Qui-Gon’s soon to follow!

As shown in the tweet above, fans can now vote at the Disney Parks Blog for the next character legacy saber, similar to how Cal Kestis was chosen in a previous poll. The results are expected to be announced later this summer.

Another fun addition will be a new refresh of hilt styles coming to Savi’s Workshop! The style is known as “power and control,” commonly referred to as the dark side pieces, will be replaced with these enthralling designs, as shown below, which were revealed at Star Wars Celebration Anaheim.

Need to hide contraband from the First Order or local smugglers? Dok has you covered! He’s not one to get into anyone’s business, but for your personal needs, a new Camtono Case, “featuring a customizable lock feature and a sleek cylindrical design,” allows travelers to secretly stow away items purchased from Black Spire Outpost.

During your visit to Batuu, you’ll also be able to purchase a brand new plush! This beautiful Therii plush, available only at Star Wars: Galaxy’s Edge at both Walt Disney World Resort and Disneyland Resort, will delight kids of all ages. Soon, you’ll be able to pick up your very own Gorg plush from the creature stall in Black Spire Outpost!

Among these incredible reveals is one who retired from the intergalactic shuttle industry and crash-landed on Batuu to be later known and reprogrammed as R-3X or DJ Rex. Originally named RX-24 or Captain Rex, this little droid piloted the Star Tours attraction (Starspeeder 3000) from 1987 to 2010.

In honor of his devoted service, travelers can now purchase one of these limited edition Captain Rex figures for $200 credits/dollars. Only 1,000 will be sold so make sure to grab yours quickly at Star Wars Trading Post in Downtown Disney near Disneyland. The figure is mostly stationary but can produce lights and sounds that honor the droid’s legacy.

Now, to the most exciting part! It seems that Galaxy’s Edge has decided to slowly break away from its strict timeline where travelers relive the same day on Batuu by simply walking through its transportation portals.

Galaxy’s Edge is truly evolving! Have you traveled there yet? If not, do you plan to? Let us know in the comments below!