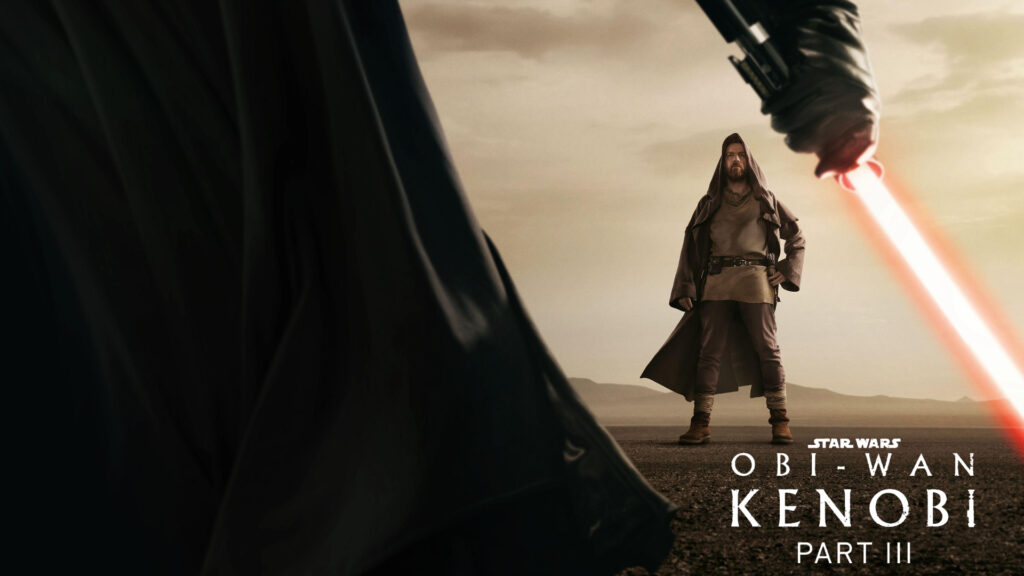 The return of Darth Vader brought a level of tension and uneasiness never before seen in Star Wars. Thankfully, we didn’t need to wait an entire week to see it!

A Light in the Dark

Part Three of Obi-Wan Kenobi continues where we left off at the end of Part Two with Leia and Ben Kenobi narrowly escaping the grasp of Inquisitor Reva. While traveling to the coordinates which were graciously given by Jedi fraud Haja, Leia asks Obi-Wan what the Force is like, he then compares it to the safe feeling she feels when she turns on a light after being scared in the dark. It’s small moments like this that encapsulate the special significance of Star Wars; bringing hope to those who can’t find it.

I may not be the most knowledgeable about Star Wars mythology, but when Obi-Wan saw his fallen apprentice Anakin Skywalker as he once was, it made me start thinking that maybe Darth Vader was already beginning to communicate with him through manipulation of the Force by creating guilt in Obi-Wan’s mind for how he left him on the molten shores of Mustafar. Not only was this heartwrenching to Kenobi, but I’m sure it also felt like a punch to the gut after already spending 10 years in exile and feeling tremendous sorrow and regret failing the brother he loved.

This “Force vision” reminded me of this exchange between Anakin and Obi-Wan before their inevitable duel on Mustafar:

“You are strong and wise, Anakin, and I am very proud of you. I have trained you since you were a small boy. I have taught you everything I know. And you have become a far greater Jedi than I could ever hope to be.”

After Leia’s insistence on boarding the transport owned by Freck, the mole-like alien who is in cahoots with the Empire, an unannounced party of stormtroopers decides to hop along for a ride to their next patrol designation. During the ride, you can sense Kenobi’s uneasiness as one of the stormtroopers begin to question Obi-Wan and Leia, unknowing of who they really are.

Per circumstance, Obi-Wan and Leia drum up a wild story of why they’re there and that they were visiting family and the place where Obi-Wan supposedly met his now-dead wife. However, at one point, Kenobi makes the mistake of calling Leia by her real name. Fearing that their game is up, Kenobi improvises by claiming that Leia is the child’s mother’s name and that he occasionally mixes her with her mother when he looks at her. Later on, Leia then mentions to Kenobi that she thinks he is lying about knowing her real parents, Padme and Anakin. It seems that as the series continues, Leia is beginning to sense how in-tune she is with the Force and her ability to sense things.

Don’t you just admire the tension between all the Inquisitors, especially between the Third Sister (Reva) and the Fifth Brother? While I’m not an avid Star Wars comic reader, I’ve heard that Inquisitors care more about their social status with Lord Vader than anything else. It seems that most of the time they spend arguing they could have already captured Kenobi. The banter is quite funny (not humorous) but troubling. I feel that Lord Vader will not be pleased and some of these Inquisitors may be on the wrong end of the joke near the journey’s end.

For those who watched Star Wars Rebels, which I feel is becoming a must-watch series, the Inquisitors nitpick and argue with each other constantly about who gets credit for each success. It’s quite entertaining especially when you know how it all ends with the fall of the Empire.

Inquisitors are power-hungry leeches but look like wimpy, scared little Sarlacs when Lord Vader shows up on the planet to meet Kenobi, bowing their heads as he passes to inflict his revenge on anyone who gets in his way.

Lord Vader senses the presence of his former Master so he antagonizes him to reveal himself by showing off his merciless power through the murder of multiple innocent citizens. Shortly after, following a brief lightsaber duel, Vader entraps his former Master in a sinister display of torture, reckoning to when Kenobi left Anakin on Mustafar.

First of all, can we take a moment to appreciate how easy Vader is handling Kenobi in this duel? He’s using one hand to fight Obi-Wan the entire time, almost as if he’s taunting and mocking how weak Kenobi has become after all these years.

While using the Force to inflict the pains of Mustafar on Kenobi, Vader sets the ground on fire and drags Obi-Wan across it, his frightening figure hovering over the blaze. Vader exclaims, “Now you will suffer Obi-Wan; your pain has just begun.” Thankfully, the Imperial officer’s droid saves him and transports him to a medical facility.

Vader was seriously not playing around. While quite gruesome, this is the Darth Vader that so many fans have been longing to see on screen. The only other time we got a glimpse of the Sith Lord’s awesome power was his iconic hallway scene at the end of Rogue One. But, to be honest, the ending of this episode easily takes the cake for the best version of Vader we’ve seen. Hopefully, we’ll see more of Darth Vader’s power in the final episodes of the series.

Tala Durith, a Jedi ally, brings Obi-Wan and Leia to a safe house on Mapuzo following their close encounter with stormtroopers on Freck’s transport. Within the safe house, there are carvings on the walls that reveal to the Jedi Master that he is not the only one who survived Order 66.

Obi-Wan notices a carving on the wall from a previous refugee, prompting him to ask, “Quinlan was here?” “Yeah, he helps now and again, smuggling younglings,” Durith responds.

For those unaware, Quinlan Vos was a Jedi Master in the Clone Wars who came from the planet Kiffu and was a bit of a rebel, falling to the Dark Side at one point. Kenobi was instrumental in his redemption, and he later rejoined the Jedi Order.

Actor O’Shea Jackson Jr. is one of the casts of the Obi-Wan Kenobi ensemble who has yet to be seen, prompting rumors that he may be playing this Jedi survivor.

The third part of Obi-Wan Kenobi feels like just a drop in a bucket of what’s to come. Right now, we’re only halfway through the series and I appreciate the creativity of Lucasfilm’s story team in crafting a journey that feels personal and real to the character of Obi-Wan Kenobi while remaining unpredictable.

Part Four of Obi-Wan Kenobi drops next week Wednesday at 12 AM PT on Disney+.