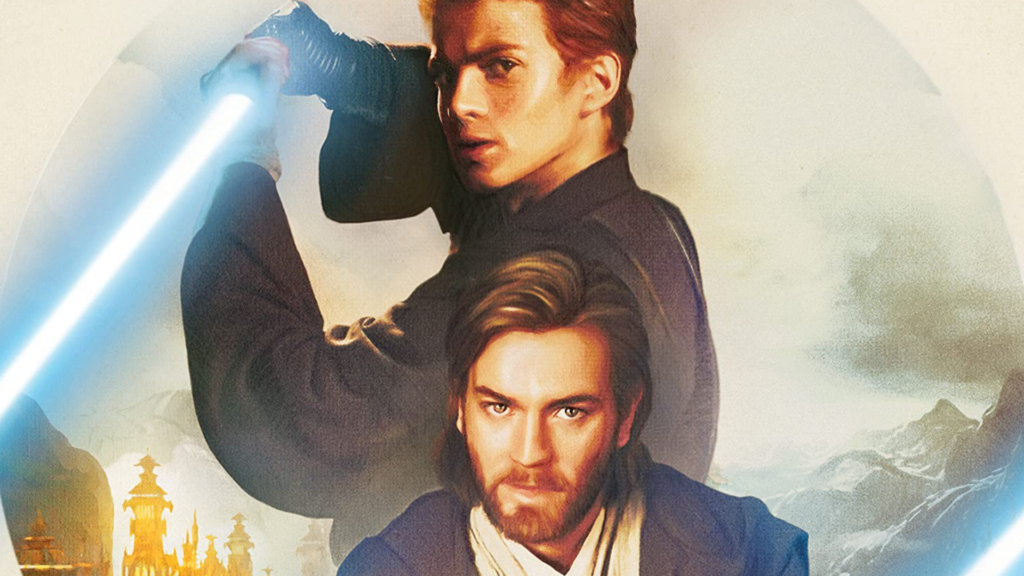 So, about that business on Cato Nemoidia.

A long time ago, in the year 2005, Star Wars Episode III: Revenge of the Sith first aired in theaters. Near the beginning of the film, Anakin Skywalker and Obi-Wan Kenobi make some who-saved-who quips back and forth that allude to some off-screen adventures. Obi-Wan insists “that business on Cato Nemoidia doesn’t…doesn’t count” and the simple throwaway line naturally sparked fan questions and speculation. What really was that business on Cato Nemoidia? Seventeen years later, writer Mike Chen finally puts the question to rest with Star Wars: Brotherhood. The new novel documents the duo’s unlikely adventure that took place almost immediately following the events of Episode II: Attack of the Clones. In my opinion, this book is an instant classic for fans of Star Wars novels. Read on to find out why.

(This review will be mostly spoiler-free, but contains some minor plot details for clarity.)

Star Wars: Brotherhood tells a story of Obi-Wan and Anakin’s adjustment to being equals rather than master and apprentice. The book begins shortly after Anakin’s promotion to Jedi knight, and Obi-Wan seems to be struggling with the shift in their dynamic. While the duo tries to figure out how to work together as peers, an emergency unfolds on Cato Nemoidia. A devastating bombing leaves thousands dead and an entire section of the capitol city in ruins. The Republic and the Jedi are met with harsh suspicion regarding their involvement in the bombing.

Due to the fragile political climate in the galaxy and the complex relationship with the planet’s government, Obi-Wan is sent to investigate the crime alone. He is granted permission to investigate, but is forbidden from contacting the Republic or his fellow Jedi. Obi-Wan agrees to the terms in hopes that he can prevent unnecessary violence during an emerging war.

Meanwhile, Anakin finds his footing as a newly knighted Jedi and is forced to learn the weight of his responsibilities. He’s tasked with his most nerve-wracking mission yet: guiding a group of newly initiated younglings on an aid mission. Anakin learns about acting as a mentor and makes an unlikely friend…before receiving an urgent communication from Obi-Wan.

Obi-Wan Kenobi is written extremely well. Mike Chen captures the personality and likeness of his live-action counterpart almost perfectly. Obi-Wan struggles with the Nemoidian people but he never wavers from his dedication to fact-finding and peacemaking. His journey to accept the new dynamic with his former Padawan his thoughtfully done as we see him cope with the changes in his own life and the galaxy as a whole. This book feels like a new must-read Kenobi story thanks to Chen’s characterization.

Anakin Skywalker spends a large portion of the book mentoring a young Jedi initiate. It’s engaging to see his character mature as he learns how to be a leader rather than a student. There are some truly great scenes of reflection for his character, especially regarding the events that took place in Episode II.

Mill Alibeth is a youngling with no desire to become a Jedi. She hates violence and has a unique ability that allows her to sense pain. She looks up to Anakin for guidance but also acts as a great foil, often pushing and challenging him. Her journey in the book is touching and works as a great complement to Anakin’s character arc.

Ruug, a Nemoidian guard, works like a partner for Kenobi throughout the novel. Her inclusion offers a thoughtful perspective of the events through the eyes of a local. Ruug is users to show how these major events affect everyday citizens and I personally enjoyed the social commentary we receive thanks to her character.

The Villain of the novel is not only unexpected, but a very welcome surprise. While I won’t spoil this fun addition, I don’t think readers will be disappointed with the conflict or the antagonist. We’re given some unique character interactions that we’ve never seen before, and I think they’re best discovered without expectations.

This novel explores themes of prejudice, the way we choose our paths, and the cost of war in a way that feels organic. Chen doesn’t spell out the themes for us, he shows us through his wonderfully written characters. Brotherhood poses some great points that are relevant and important in today’s society. The way this book concludes is a perfect transition in to t he senseless violence of The Clone Wars. I can’t emphasize it enough, I really enjoyed Chen’s writing style.

Brotherhood absolutely nails Obi-Wan and Anakin’s relationship. We get a ton of classic back-and-forth quips that felt like they’d be right at home on the big screen, or inThe Clone Wars tv series. We’re given a rare look at Anakin’s early days as a fully fledged Knight, and a brilliant depiction of how he and Obi-Wan adjust to the change. Most importantly, we see each character mature in a natural way with some heartfelt and insightful moments that rival the best scenes from the movies. This book genuinely feels like an essential part of these characters’ stories.

Some readers will want to take note that a large chunk of the novel sees Obi-Wan apart from Anakin. This aspect might be disappointing for some but I personally believe that it worked well for the character development. The way everything comes together in the book is well worth the buildup.

Star Wars: Brotherhood is a special book. This story feels essential to Obi-Wan and Anakin’s journey. It documents a pivotal point in their relationship and feels like it has always belonged in the canon timeline. It touches on difficult themes, it stays engaging on every page, and it just feels like the characters have come to life again. Mike Chen absolutely needs to write more Star Wars.