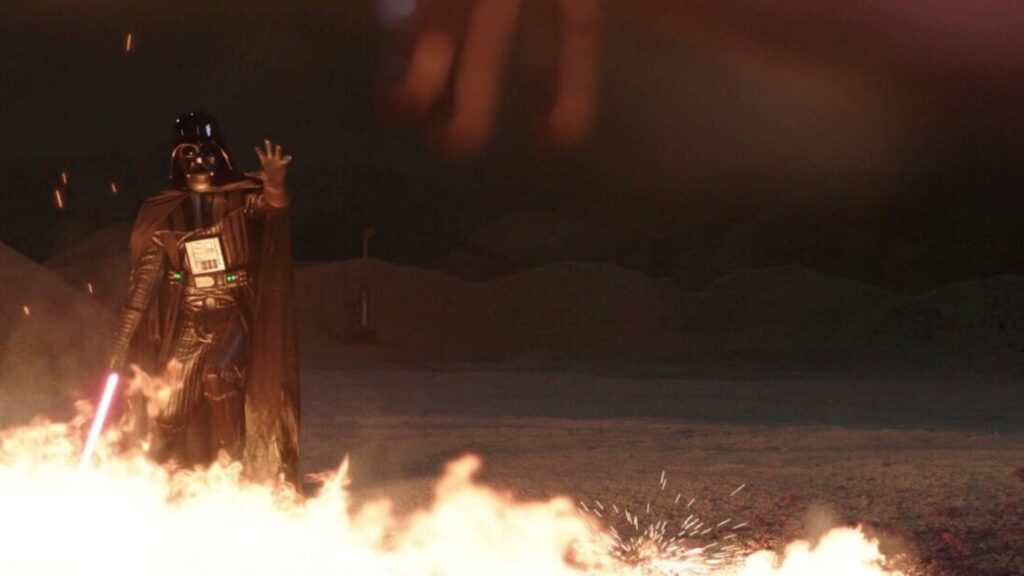 Darth Vader has been fully integrated into the Star Wars universe, offering fans the evilest look at the Sith Lord yet, as seen in Episode 3 of Obi-Wan Kenobi. Hayden Christensen’s villain is hell-bent on tracking down his former master and inflicting as much suffering on him as possible. The dread level for the viewer and Kenobi was amplified by James Earl Jones’ legendary voice, which was enhanced by modern Respeecher technology.

Vader’s appearance was terrible for many reasons force choked subjects. In the dark, he was a threat to Obi-Wan, who used his lightsaber to feel protected rather than to defend himself. As Vader predicted, the years had worn Kenobi down, and the Jedi was quickly vanquished in a duel that could barely be called a fight before being cruelly roasted in fire like the Sith Lord. Fans have often remarked on how terrifying Vader was, but the series creator revealed that there was once considerably more.

Joby Harold, in an interview with Vanity Fair, discussed the terrible nature of Darth Vader in Obi-Wan Kenobi, giving Rogue One as an example:

“It was a thousand percent the intention. From a Vader point of view, we’re all living with the memory of the end of Rogue One, and how effective that was. It was very gratifying to see Vader finally be unleashed in a sequence like that, so we wanted to try to trump it if we could. It was a lot more extreme, at one point.”

Harold had to be restrained by Lucasfilm a little, but his goal was to represent Vader in his natural evil dominance:

“I got pulled back a little bit on that. It was so important to define Vader’s anger and rage. There’s an emotionality to the choices he’s making that are a little further than we’re used to seeing with Vader. He’s pushed a little more than the Vader we know. Obi-Wan isn’t the finished article before [the original Star Wars], and we can look at Vader in the same way. “

Vader’s fear is quite polarizing so the creative team decided to make audiences feel his pain through the mask:

“And to your point, you don’t get to see the emotion beneath the stoicism of the silhouette. So it creates something that’s really scary. Plus the mix is great in that scene. The sound design is very effective. You are just hearing the breath and the footsteps and seeing the light of the red saber getting close. It’s the feeling of being hunted by that which hates you. It’s terrible.

His choice is revealing the character beneath and the torture beneath—the pain inflicted and the eye-for-an-eye of it all. It’s a chance to hint at something beneath the mask. Vader can’t be talking about, you know, his feelings. So it has to be in action. That comes from dragging people down the street behind you to try to pull the Jedi out of hiding, and that comes in inflicting the same pain upon the Jedi that he did to you. It’s awful, but he should be awful. He’s Darth Vader.”

In conclusion, the series writer reiterated Darth Vader’s mission to pursue Obi-Wan until he gets the revenge he deserves:

What do you think of Darth Vader’s return in Episode 3 of Obi-Wan Kenobi? Should it have been more intense? Let us know in the comments below!

The next episode of Obi-Wan Kenobi streams tomorrow (Wednesday) on Disney+.