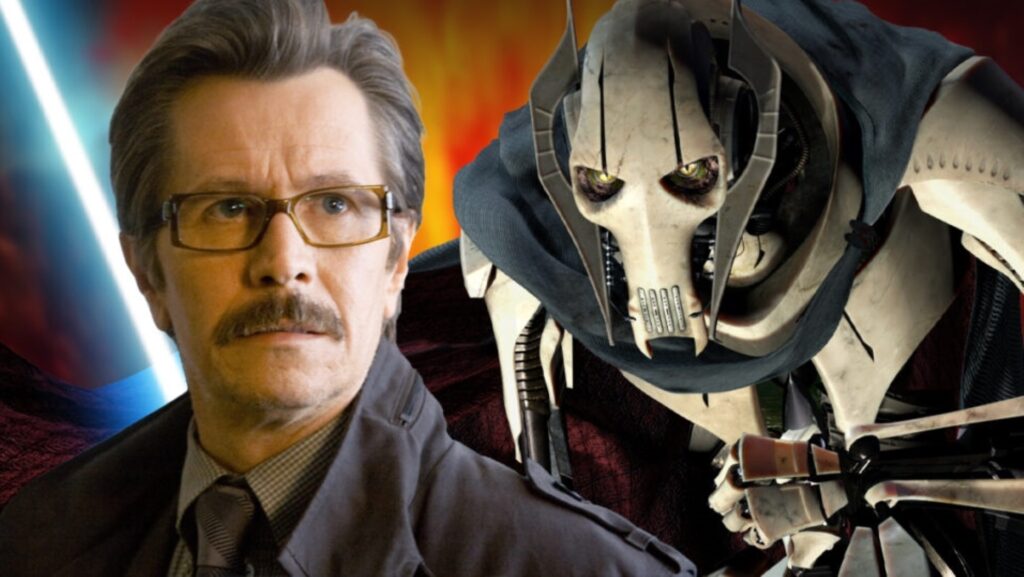 There are close-call casting decisions in the Star Wars universe, like in any series, that don’t make the cut or just go in an entirely different direction. Jessica Henwick (The Matrix Resurrections), for example, lost out on the Rey role in The Force Awakens to Daisy Ridley, but instead got a small role in the film.

During a Happy Sad Confused podcast interview to promote his most recent Apple TV+ series, Slow Horses, British actor Gary Oldman claimed that he was originally supposed to star in the Star Wars prequels. What part was it? General Grievous, the CGI villain who first appeared on the big screen in Revenge of the Sith.

“Well, I did a Star Wars voice… “Was it General Grievous?”. Oldman stated, initially unable to recollect the character’s name. Oldman noted that various Australian union filming laws, where the film was shot, eventually precluded Lucas from using his voice. “What happened was something to do with union stuff and non-union stuff,” he explained. “I was not going to be the poster boy for [breaking union rules].”

Oldman, on the other hand, recorded his lines and spent time with George Lucas in order to hear it from him. He said, “[Lucas] directed me the whole thing; yeah, he was terrific.” “No regrets about that but the other stuff is rumors,” the actor remarked, dismissing suspicions about his involvement in the more current sequel trilogy.

In the end, Matthew Wood, who recently starred as Bib Fortuna in The Book of Boba Fett, was cast as Grievous in both live-action and animated versions of the character.

What role would you like to see Oldman take on in a Star Wars project? Let us know in the comments below!