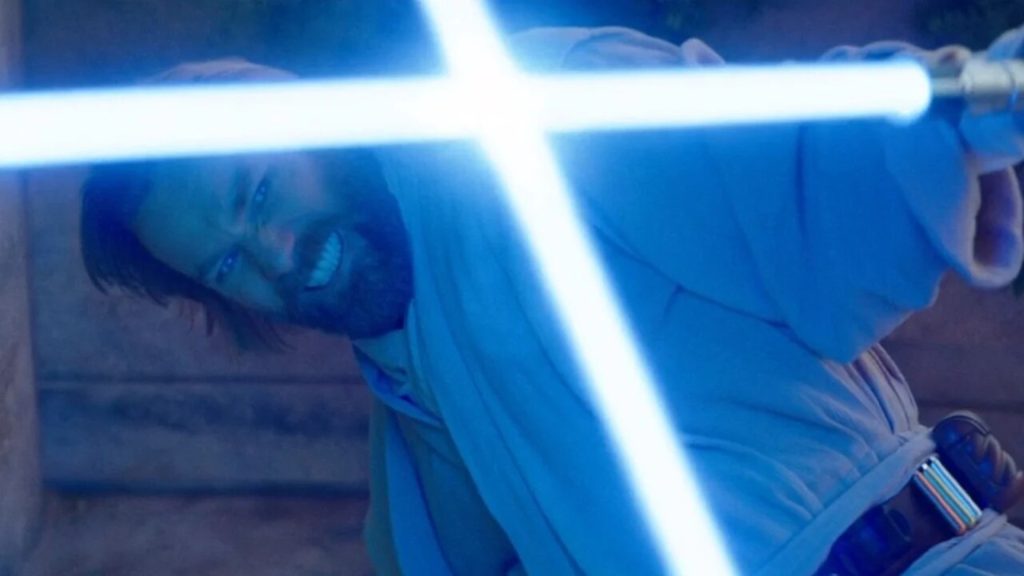 With Chapter 5 leaving us on a cliffhanger and Chapter 6 now just a few days away, the time is ripe for some theories!

Spoilers are ahead for Chapter 5, so if you haven’t watched that go do so and then come back later!

Chapter 5 gave us a load of new information. Many fan theorists were proven correct when it was revealed that Reva was the Padawan learner from Order 66 in the Jedi Temple in Chapter 1 and not only did she survive but she has now worked for years getting close to Vader as an Inquisitor so that she can finally strike him down and exact her revenge on the man who slaughtered her friends, Anakin Skywalker. And speaking of The Chosen One we get some incredible flashback footage of him and Obi-Wan sparring some time before the Clone Wars.

After using Lola to track Kenobi and the members of The Path to Jabiim. Reva starts her charge on the stronghold. They retreat forcing the stormtroopers to funnel into blasterfire in smaller numbers but are eventually overwhelmed and force NED-B and Tala to sacrifice themselves to blow away storm troopers and let Obi-Wan escape further back to the hangar.

In what turns out to be a bold move for The Negotiator, Obi-Wan convinces Reva to use him as bait so she can strike Vader down while he focuses on his former master. When Vader arrives at the hangar and sees a small cruiser taking off, in an incredible display of his strength in the force, he brings it down and tears the hull open. Only to reveal an empty cruiser and a smaller ship behind it now free to take off with his prey.

With Vader now alone in the hanger Reva decides the time is ripe to strike. But Vader who always sensed her coming and reveals he knew who she was all along, easily stops her. A fight ensues in which Vader toys with Reva using only the force to defend himself and then splitting her staff so the two can duel. He eventually strikes what would appear to be a fatal blow as the Grand Inquisitor comes into frame revealing he survived her attack and Vader leaves in pursuit of his prey.

Reva left to die now crawls towards her lightsaber but sees something blinking in the dirt. Obi-Wan now too far gone realizes he has left the communicator with which he speaks to Bail as Reva picks it up and plays a broken-up version of Bail’s final message to Obi-Wan about heading to Tatooine to help Owen with “the boy”. The episode closes out on Luke soundly asleep in his bed.

Now what can we expect from Chapter 6? I don’t believe Reva reveals Luke to Vader as it would change too much of the story including when he actually found out about Luke from Boba Fett. So where’s the the story? She does hold some knowledge that could change the course of the galaxy and I wonder how she’ll use it to her advantage.

I think we’ll possibly see a fight between Kenobi and Vader as Obi-Wan has always been Vader’s focus and Kenobi must leave their last encounter as “The Master”. I think Reva will use her new knowledge as a bargaining chip to gain the Grand Inquisitor’s trust and then try to end him permanently where she will then, unfortunately, meet her end. The Grand Inquisitor will keep the knowledge he has a secret in the hopes of one day using it against the Dark Lord and naturally it will die with him in Rebels when he’s beaten by Kanan Jarrus.

Now we patiently wait for Wednesday for the conclusion to this story. Right or wrong about my theories, I know I’ll enjoy it and I hope all of you will as well. Happy Father’s Day to all and may the Force be with you. Always!