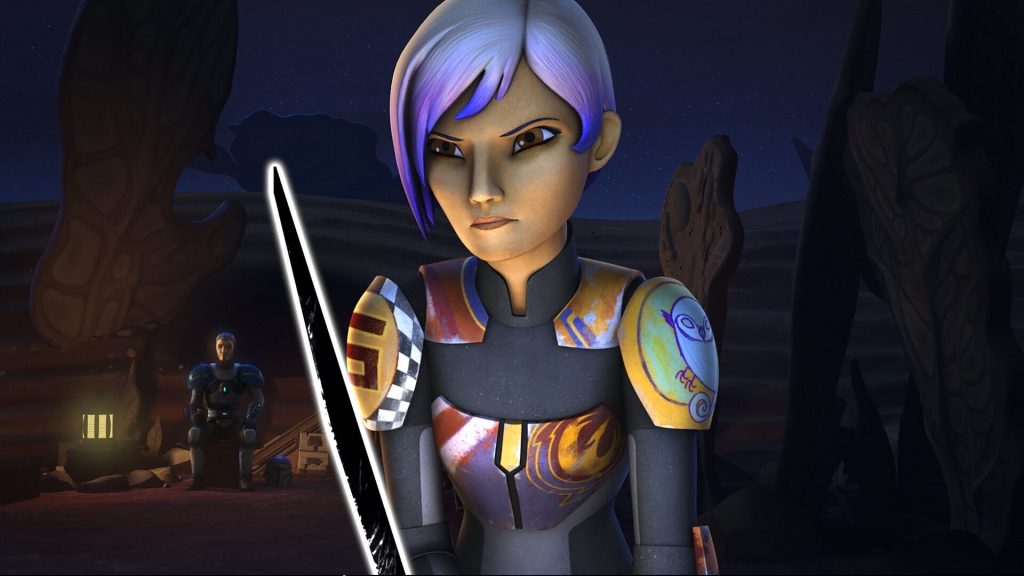 If you’re like me, you’re a MASSIVE Star Wars: Rebels fan! And if so, it’s easy to feel like Disney/Lucasfilm forgets about our favorite Star Wars family when it comes to merch, lore, and overall mentioning of the show in general. And for collectors, this can hit a little more close to home.

While having a lot of love for The Ghost Crew and other members of the show, I have always wanted to own their Funko Pops. However they were discontinued a while ago and you have to pay extra to get your hands on them. I typically see them listed anywhere between $35 up to even $90 depending on which character it is and I have often contemplated going into debt to own them.

Well, two days ago, I logged into Amazon and saw right there suggested on the front page a new Sabine Wren Pop costing only $12.99 to pre-order! Sabine Wren, also known as Spectre-5 while on mission with the Ghost Crew, was the weapons/explosives expert of the crew and was a Mandalorian from Clan Wren of House Vizsla.

The new Funko Pop figure features her blasting off with her jetpack holding her blaster in one hand and the Darksaber in the other. The smoke from her jetpack exhaust forms her base similar to The Mandalorian Pop we’ve seen in the past.

The new figure releases on October 21 of this year and IS an Amazon exclusive. I went ahead and pre-ordered it and I would suggest you do too. If the past has taught us anything it’s that Rebels toys never last long. And remember, the Force will be with you, always.