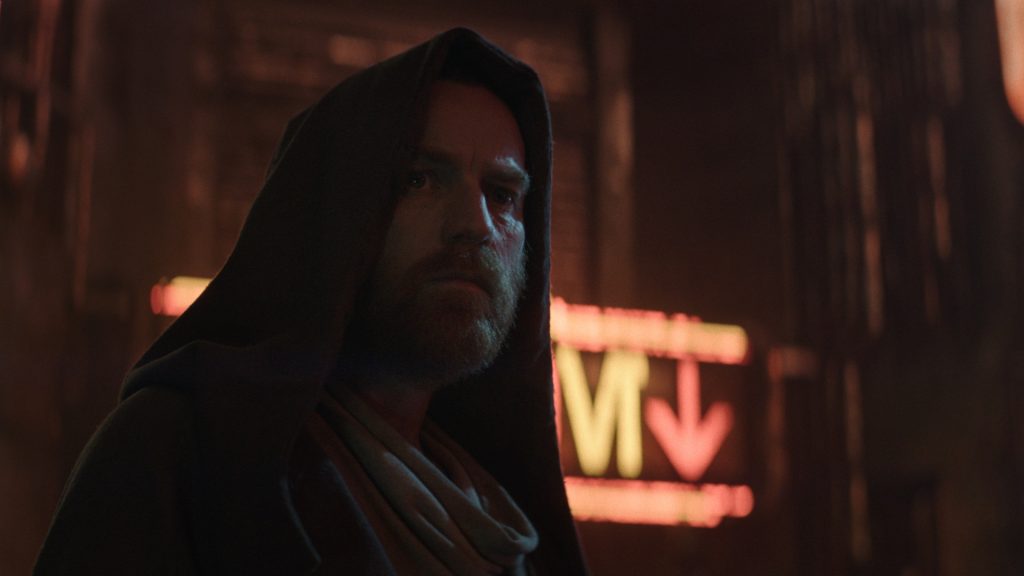 It’s hard to believe that Obi-Wan Kenobi is already over. However, the Jedi Master’s legacy is now stronger than its ever been. In honor of “Ben,” we decided to give our final thoughts on the series and its impact on the franchise; a franchise we love so dear.

Tragic stories are always the most engaging stories told. The emotional warfare between Vader and Kenobi was utterly fulfilled in the final two episodes of the season. With flashbacks, monumental battles, dialogue, and remembrance of the Old Republic, As Kenobi struggled with coming to terms with the outcome of Anakin, he also overcomes it and accepts he lost Anakin forever. Kenobi will always love Anakin and, just like Luke, will somehow try to believe that it is still good in him – somewhere. I want to add that Kenobi fell in love in the past couple of episodes – with Leia and Luke. Love saved him and the twins. He sought to protect Luke and Leia as a request from Yoda, yet I can’t shake the feeling that he has developed a deep-rooted attachment toward the children despite the Jedi Code. The beautiful thing is that that saved him from being crushed under the rocks. His commitment to Luke and Leia comes from him honoring Padme and Anakin, which is ultimately what keeps Leia and Luke for the rest of the Trilogy.

Obi-Wan Kenobi on Disney+ presented a story that I wasn’t expecting at all, and that’s exactly why I loved it. Ewan McGregor delivered a fantastic performance as a cynical Obi-Wan hiding from his own failures. His acting paired with Vivien Lyra Blair’s phenomenal job as a young Leia Organa kept me glued to the screen for the entire series. Their dynamic felt natural and I loved the way it challenged each character and helped them develop into who we meet in A New Hope. Hayden Christensen’s return was also fully justified in my opinion. Darth Vader may be the most imposing he’s ever been in live action. Each of his scenes was filled with a pure sense of dread, or in the most intense scenes, absolute heartbreak. Our other antagonist Reva admittedly wasn’t my favorite addition at first, but after seeing her complete character arc I was really pleased with her overall impact on the show. Some of cameos we were treated to also made for some excellent surprises (I’m looking at you, Liam Neeson).

Aside from the acting performances, the action in Obi-Wan Kenobi was fantastic and sometimes rivaled the best scenes from the movies. Sequences involving Vader specifically felt like they jumped straight out of a comic book, which left an avid reader like myself extremely satisfied. Each of Obi-Wan’s encounters with Vader felt completely different but both were great in their own way.

Overall, the plot of the show wasn’t what I expected at all and I’m thankful for that. Rather than a simple story about Obi-Wan living out his early years on Tatooine while watching over Luke, we were gifted a beautiful planet-hopping adventure about Obi-Wan coming to terms with his failures and learning to hope again. This show expanded on Obi-Wan, Leia, Anakin, the Inquisitors, and the early empire in a wonderful (and tragic) way. The finale especially stands alone as one of the most emotional pieces of live-action Star Wars we’ve ever had.

Obi-Wan Kenobi should be at the very top of every fan’s watchlist.

This series is by far some of the best Star Wars I’ve ever watched. It was filled with an incredible story, a new Rebel in Roken which I am certain we will see more of, and so much emotional turmoil for the fans that I am certain Dave Filoni was more involved than we were originally led to believe. Deborah Chow did an incredible job with this show and I hope we can see more of her in the future. May the Force be with you, always.

The finale very succinctly and effortlessly managed to push all the right buttons, triggering the perfect amounts of nostalgia and scratching the itch I didn’t realize that I had. There were several points that had me grinning, tear-filled eyes overwhelmed with emotion. The clash between Vader and Kenobi has all the right beats, the beats taking Obi-Wan from a point of weakness to, quite literally, holding the high ground yet again. Ewan and Hayden absolutely gave their performances their all, and I could tell they were both passionate about this project. While the show itself has its fair share of flaws, it was apparent from the first episode that it was a work of love from all involved.

In my opinion, the Kenobi series delivered in many ways but was held back by its writing and execution. For me, the standout performances were Idira Varma’s Tala Durith and Vivien Lyra Blair’s Princess Leia Organa, who brought a lot of heart to their characters. I appreciated many moments like the Order 66 flashbacks and Alderaan scenes. I also liked the concept of Reva’s revenge storyline, but it ultimately failed in its execution.

The show falls short because of its lack of logic and originality. For example, in the finale, why did Vader choose to only chase after Kenobi? The Sith Lord could have easily deployed a garrison of TIE fighters to take down the Rebel transport. I had similar logic questions throughout the show, especially during Leia’s rescue from Fortress Inquisitorious. I was surprised that the Empire didn’t reinforce its windows after Cal Kestis’ escape in Jedi: Fallen Order and how none of the Imperials noticed Leia hiding under Obi-Wan’s coat. Additionally, I felt that the final battle between Kenobi and Vader borrowed too heavily from Ahsoka and Vader’s duel in Star Wars: Rebels.

I also felt that the Inquisitors were completely underused, which was disappointing since I was looking forward to their live-action debuts. It was shocking how the only time that an Inquisitor clashed lightsabers with another force user was during Reva and Vader’s fight at the end of “Part V.” It felt like the Inquisitors were used more for display rather than as a threat.

My final critique relates to the music and scenery. Star Wars is known for its iconic music, which I felt was missing from this Disney+ series. Vader and Kenobi’s duel scenes could have also benefited from more interesting scenery like the fiery duel on Mustafar that was featured in the series’ concept art.

Obi-Wan Kenobi is the crowning achievement of the Disney era of Star Wars. While it tends to hang on the threads of George Lucas, it still manages to inflict some of the same emotions from the beloved Prequel/Original trilogy. Despite its failures, its strengths and execution outweigh anything else. The series brought depth, character, and understanding to Obi-Wan and Darth Vader, reminding fans that these characters were the reason why Star Wars became popular so long ago. Truly, this series is a masterpiece in the Disney era. However, it’s up to Lucasfilm to bring this level of execution and art to all of its future projects and for this to not be a one-off event.

What did you think of Obi-Wan Kenobi? Let us know in the comments below and may the Force be with you!

We are one with the Force!