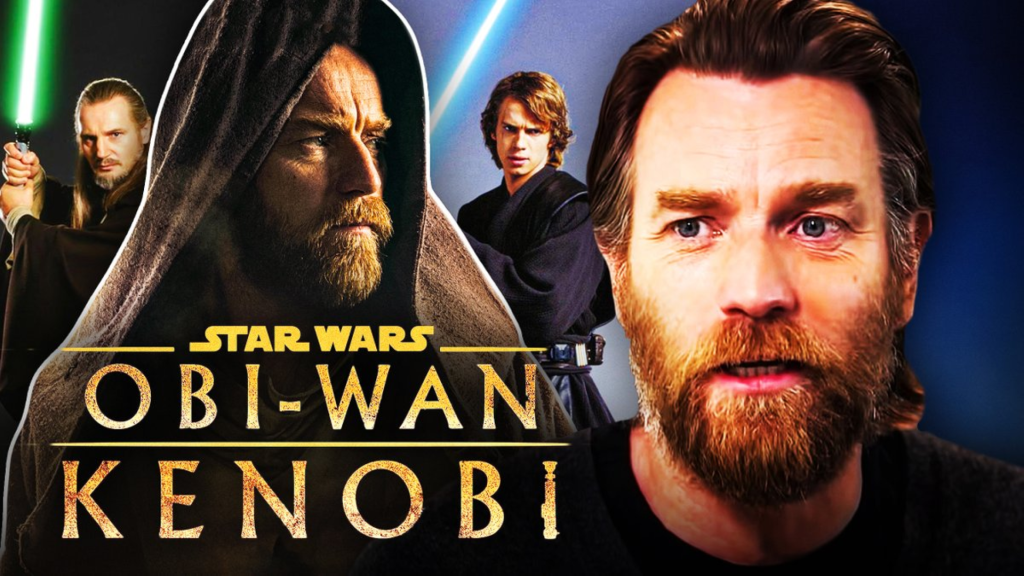 Before Obi-Wan Kenobi presented itself as a six-episode limited series, the show was originally going to be a standalone movie, according to Lucasfilm. After thunderous applause from Star Wars fans, the show was the most-viewed series from Disney+ up to date.

With Rogue One released in 2016 and then-yet-to-be-released Solo: A Star Wars Story, Kenobi’s film would have been a possible choice considering the success of Rogue One. However, Solo had disappointing box office returns, and Lucasfilm altered their plans and reworked Obi-Wan Kenobi into a TV series. Initially set to serve as a feature film, Stephen Daldry directed Obi-Wan Kenobi with screenwriter Hossein Amini set to pen the script, which was discussed in 2017.

Even so, writer Stuart Beattie said that Obi-Wan Kenobi was set to be a trilogy of films where Kenobi grows into the character in A New Hope. He explains to TheDirect the storyline Beattie pitched to Lucasfilm in 2016:

“So when I pitched my Obi-Wan story to Lucasfilm, I said, ‘There’s actually three stories here. Because there’s three different evolutions that the character has to make in order to go from Obi-Wan to Ben.’ And the first one was the first movie, which was the show, which was, ‘Surrender to the will of the Force. Transport your will, surrender your will. Leave the kid alone.’ So then, the second [movie] was thinking about where Kenobi ends up. And one of the most powerful and probably the most powerful moment in all of Obi-Wan’s story is that moment where he sacrifices himself in A New Hope. Great moment, you know, makes you cry. But, if you stop and think about it, it’s a pretty sudden thing, to just kind of go be fighting a guy, to see Luke and go, ‘I’m gonna die.’ You know, that to me, that required forethought. That required pre-acceptance that this was going to happen…It’s one of those universal things we all struggle with, to come to terms with our own mortality. So, that was the second step of the evolution for me, that Obi-Wan now has to come to terms with his own mortality, somehow in a prophecy, or Qui-Gon telling him, ‘There’s going to come a moment where you’re gonna have to sacrifice yourself for the good,’ And then [Obi-Wan] is like, ‘What? No, no, no, no, I’m here to help… I can’t, no.’ And get him to that point where Obi Wan has accepted the idea that he’s going to die, and that he’s going to die willingly at a crucial moment, and you will know when that moment presents itself. So that when that moment comes up in [A New Hope], you understand. He’s recognizing he’s been on this journey already, and he’s waiting for this moment, and that’s how he’s able to make it so easily. To do this [sacrifice], and die. So that to me was the second evolution, the second film, the second story. So for me, if I have anything to do with the second season of Obi Wan, that’s the character evolution that I would take him on. That, to me, is really interesting. And like I said, universal.”

Regarding the show, Beattie only wrote the script for the original feature film, not the show itself. The show writers did credit Beattie for Episodes 1,2,3 and 6 of the show, but he had no direct involvement:

“Right, so not at all, none. I wrote the film that they based the show on. So, yeah. I spent like a year, year-and-a-half working on it. And then, when the decision was made not to make any more spin-off films after Solo came out, I left the project and went on to other things. Joby came on and took my scripts and turned it from two hours into six. So, I did not work with them at all, I just got credit for the episodes because it was all my stuff.“

Everyone was on board for the trilogy series to occur. Still, since Solo did not receive enough money or box office returns, Lucasfilm had to rethink the method and story of Obi-Wan Kenobi. Devastated, Beattie was heartbroken that his work would not be produced in film form:

“But, that’s the business, you know, highs and lows. I’m glad it got made. I’m glad the show got made. I’m proud of my story that [got] told. I’m glad my characters are all through it. And I’m glad I got credit for it. I wish, I wish they’d been able to make my movies.“

The news of a film trilogy of Obi-Wan Kenobi is a fascinating look at how Lucasfilm and Disney intended to expand the Skywalker saga. Had the trilogy occurred, the entire timeline of the release dates of the intended Boba Fett movie and Star Wars: The Rise of Skywalker would have been altered. The Obi-Wan Kenobi trilogy would most likely be released every two years, with the Skywalker saga films and other spin-offs between them.

Another fascinating reveal was that the original plan for Reva’s character arc in the draft for the Obi-Wan Kenobi film was to kill off the character. Stuart Beattie added that Reva was his creation and she originally had no idea of the true identity of Darth Vader:

“Yeah, killed by Vader at the end of it. Yeah, I wanted this story, I wanted her story to end. I wanted Reva to play her part in the Kenobi-Vader story, which was, essentially, at the end, she was the one that allowed Vader, basically told Vader to stop hunting Kenobi. You know, she ended the obsession Vader had with Kenobi. She claimed it was over, it’s done. So that was, that was her role to play. And she’d done so many terrible things, I felt she had to die [laughs]. You can only redeem so much.”

With the show’s popularity in the past month, there is a strong chance of a second limited season. No word has been made with this to be accurate, but with the reveal of Qui-Gon Jinn, there is an opportunity for more stories to be told.