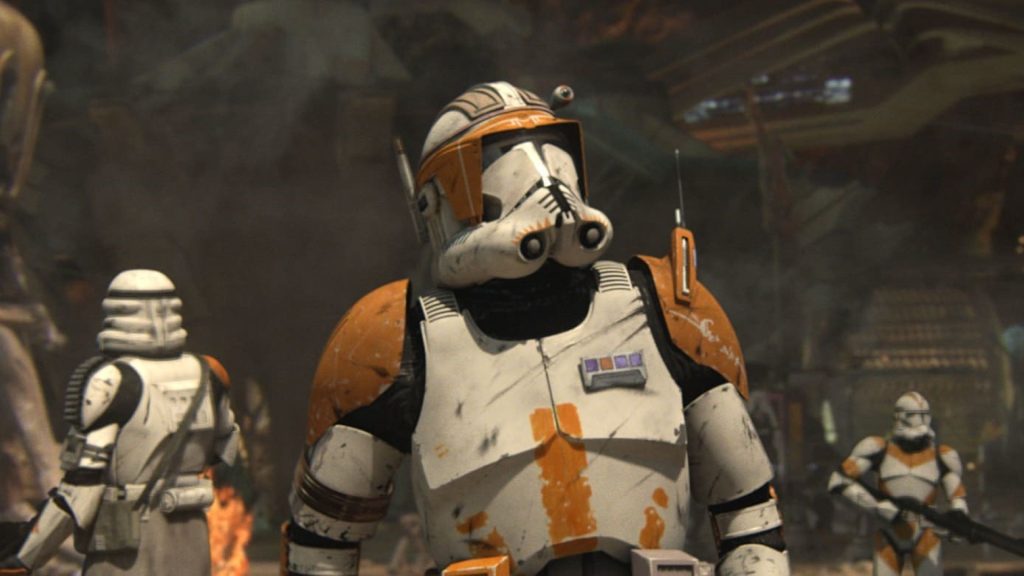 Ewan McGregor made his grand return as the lost, battle-torn Jedi Master. Following years of exile and nearly cutting himself off from the Force, Obi-Wan manages to become more powerful than he’s ever been and finds strength through helping others from the grasp of the growing Empire.

While taking solace on Tatooine, early script drafts reveal that Kenobi wasn’t alone. In fact, one of his most trusted Clone troopers, Commander Cody, was tasked with being Luke’s protector while Obi-Wan was off-planet.

According to an exclusive interview with The Direct, Obi-Wan Kenobi writer Stuart Beattie revealed that Commander Cody initially played a major role in the draft for his Obi-Wan Kenobi film, which was previously revealed to be a trilogy before it transitioned into a TV series.

When asked about any legacy characters returning for his film, Beattie replied, “Yeah, yeah. Cody was the big one. I love the idea of Obi-Wan having a buddy on Tatooine. Like a secret buddy. So like the first time he goes into town, you see, Cody, and he’s following him through the streets and attacks him, takes him into an alley with a knife to his throat and says, ‘You’re dead.’ And then you realize, ‘Oh, no… Cody’s making a point.’ Like, ‘Come on. You got to be more careful.’”

Involving Cody in any capacity sounds awesome. Sadly, it got cut prior to its media transition. However, the writer explained his reasoning for why the beloved clone was removed:

“I don’t know. I don’t know. They just decided, I don’t know… maybe Temuera Morrison was busy on Boba Fett… It would have been obviously Temuera. Maybe they decided they didn’t need him either. I just felt Obi-Wan needed someone to talk to, someone who could tell him, you know, ‘You’re in bad shape.’”

In Beattie’s story, Obi-Wan had to abandon Tatooine, just like in the Disney+ series. However, Obi-Wan gave Cody instructions to keep an eye on Luke while he was away:

“And the idea of mine was that when Obi-Wan had to leave Tatooine, he left Cody in charge of Luke. And that gave us a fun little B-story to keep cutting away to. And yeah, he’s a really fun character and a guy racing against the clock obviously, because he’s aging twice as fast. He’s trying to atone for the worst thing he’s ever done in his life. So tragic in a way, but just fun… The way they bickered in my stuff, it was just, you know, put a smile on your face and, you know, (laughs) just arguing all the time.”

The writer of Obi-Wan Kenobi went on to discuss the significance of depicting the character’s eventual submission to the Force’s will. Additionally, he said that he believed it to be “an interesting path to take lead Obi-Wan on”:

“And that was always the idea that, by the end, he found his way back to the Force and surrendered to the will of it, because that’s how you connect to it. I believe you’ve got to make things happen in your life, but at the same time, you can’t force your will upon the will of the universe. You’ve got to surrender to the will of the universe while still pursuing what you want to do. So it’s a tricky balance. I just thought that was an interesting path to send Obi-Wan on.”

What do you think of Beattie’s script drafts of Obi-Wan Kenobi? Let us know in the comments below and make sure to check out the full interview at The Direct!