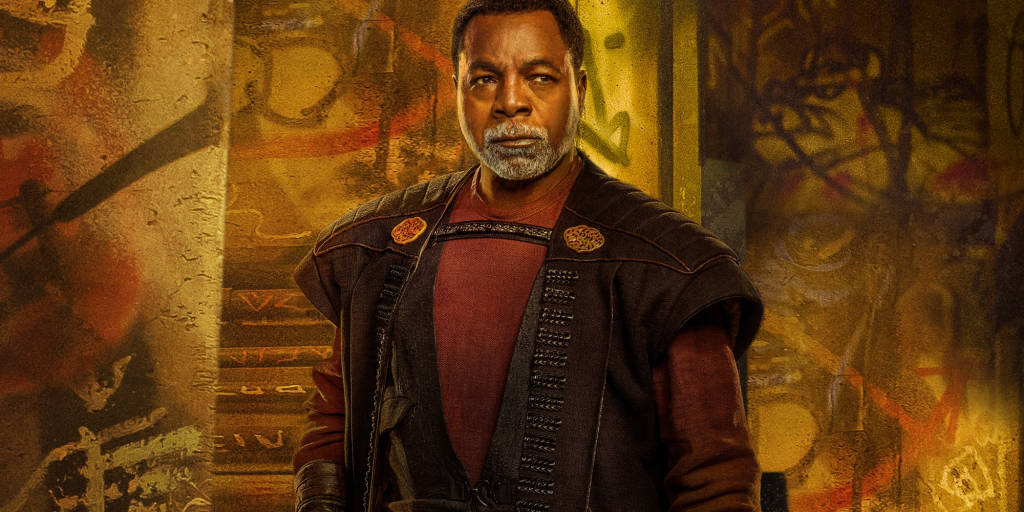 In an exclusive interview with Empire Magazine, The Mandalorian actor and director Carl Weathers discussed his directorial role in the upcoming season.

Weathers previously directed “Chapter 12: The Siege” in the series’ second season, where Din Djarin, accompanied by Greef Carga, and Gina Carano’s Cara Dune infiltrated a secret Imperial base on Nevarro.

Although “The Siege” featured a lot of action-packed scenes, Weathers promises that his season 3 will feature even “more action and scope”:

“Oh there was a bit more [action], I think, in this one,” he says of his Season 3 outing, adding that it’s “a little different [to ‘The Siege’], because a lot of it had a lot more scope. But this one also had many, many different kinds of stories within the story, and that’s really nice.”

During the interview, Weathers also discussed his passion for directing. The veteran actor shared that he enjoys the unique format of The Mandalorian and how it allows him to “exercise [his] talent”:

“Even though they’re different episodes, it’s not like typical episodic television – it’s not a whodunnit, it’s not a dark comedy, it’s not a procedural. It’s so many different things, and it’s action-adventure on top of that. As a director, you get a chance to exercise your talent, and also your ability to deliver in those different areas.”

Lastly, Weathers discussed his appearance in the exclusive footage that was shown during Star Wars Celebration Anaheim. In the teaser trailer, Greef Karga was spotted sporting a new red cloak that was described as being: “damn heavy” but “majestic to say the least.” Interestingly, Weathers also pointed out how the change in wardrobe highlights Karga’s character journey, which started as an antagonist in season 1:

“It really speaks to how he has matriculated, how he has grown in stature and ambition,” he explains. “And obviously on screen it looks fantastic. It adds so much.”

Based on Carl Weathers’ excitement, we are optimistic that Lucasfilm will deliver an amazing third season of the fan-favorite series. The Mandalorian will be returning to Disney+ in February 2023.