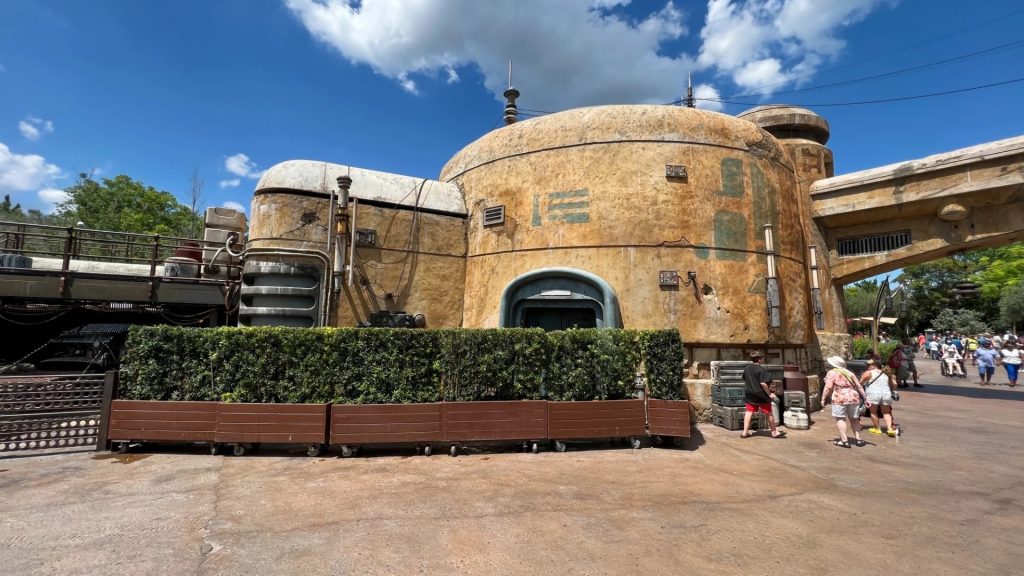 Within Star Wars: Galaxy’s Edge at Disney’s Hollywood Studios, Walt Disney World has recently completed the construction of the MagicBand+ interaction panel that will support the Batuu Bounty Hunters game.

Still off-limits to guests, the game plans on utilizes haptics and light patterns on the MagicBand+ to find numerous virtual bounties hidden throughout Black Spire Outpost. Using a “hot and cold system” the MagicBand+ will buzz and alert the guest that they are near where the bounty is hiding. The Datapad thermal scanner on the Play Disney Parks app is the tool to trap it where they spot the creature via the augmented reality viewer on their phone.

Instructions have been added to the panels

With another interactive portion to Galaxy’s Edge, this immersive activity will have guests explore the land as they complete their mission. After completing the tasks, the guest will then return to the local guild master, who will reward them with galactic credits. Through the vent of the speakeasy door, guests will be able to interact with the guild master.