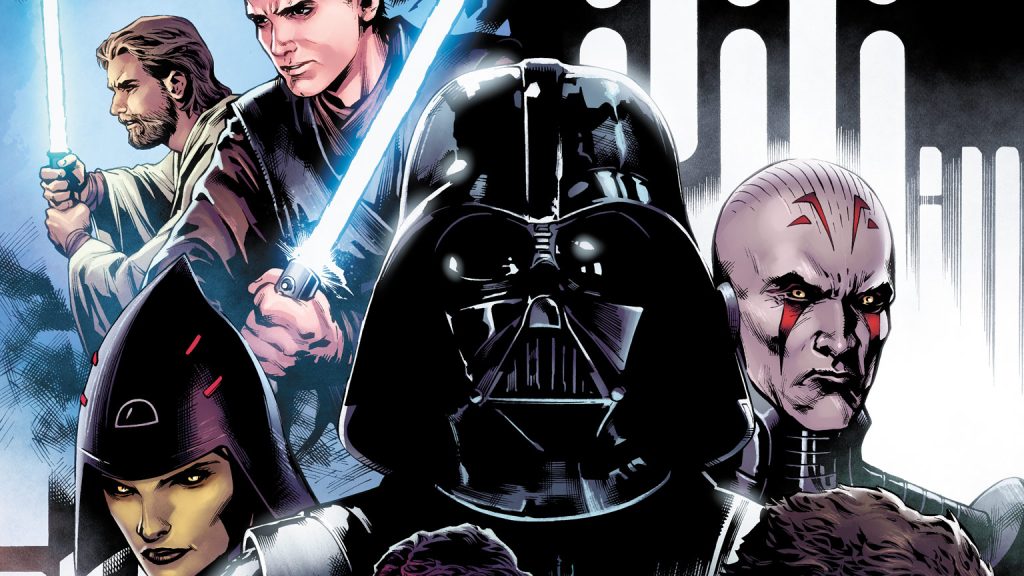 No stranger to the Star Wars universe, author Charles Soule has been a huge presence ever since Disney and Marvel Comics acquired the rights to the franchise back in 2015. Beginning with his acclaimed 5 issue mini-series Lando, Soule made positive impressions on fans right away. Fast forward 7 years and this writer has built an impressive roster of popular comics in a galaxy far, far away. In this short time, he’s written hits including Poe Dameron, The Rise of Kylo Ren, Darth Vader, and War of the Bounty Hunters. Soule was also one of 5 writers trusted with kickstarting The High Republic era, with his adult novel Light of the Jedi showing up on best-seller lists around the world.

Charles Soule’s significant contributions to the greater lore of Star Wars is a huge feat deserving of celebration. That’s where Star Wars #25 comes in. The landmark issue releases this week (July 20th, 2022) and acts as a trip to remember some of Soule’s most famously written characters. The issue collects 4 short stories focusing on Obi-Wan & Anakin, Darth Vader & Palpatine, Kylo Ren, and Poe Dameron.

In a recent interview with StarWars.com Soule also detailed his idea of featuring a different creative team for each short story, so each felt distinct and similar to his original work on the characters.

Kylo Ren “See You Around, Kid” Art by Will Sliney – Coloring by Guru-eFX

I wouldn’t have wanted to tell this story with one artist drawing all of it. And I think it’s very meaningful to me that as many people came back as they did, whether it was Will Sliney drawing the Kylo story or Steve McNiven doing that incredible cover that he did. When the people that you worked with who are incredibly successful, incredibly busy, are willing to adjust their schedule to come back and work with you again, to tell a story together again, to celebrate the work you did before, it feels good beyond just the creative element. It feels like you did a good job, not just with the stories before, but with the relationship you made with those artists and those teams.

Charles Soule during interview with StarWars.com

If you’re new to reading Star Wars comic books, a longtime veteran, or somewhere in between, this issue is an excellent point to jump on and celebrate the history of one of the most prolific writers in the franchise.

Star Wars #25 is out now! Find it online through ComiXology or at your local comic store!