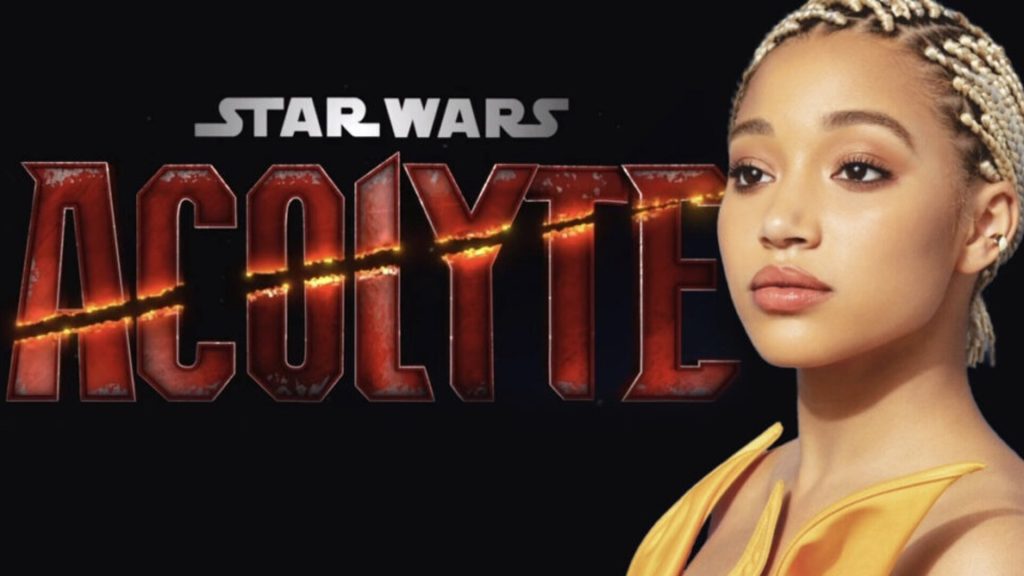 This past Friday, the official Star Wars account tweeted out a photo announcing that Amandla Stenberg will be a lead star in the new Star Wars live-action series, The Acolyte.

The Acolyte is set a century before the events of The Phantom Menace where the series focuses on the galaxy at the peak of the era of the High Republic when the Jedi were the strongest and the Sith were thought to be destroyed throughout the galaxy. Along side the focus on the Jedi, the show will depict how the Sith rose to their influence through characters that are strong with the dark side of the Force. This mystery-thriller will b Judging by Stenberg’s jersey, it is possible that she will be a character that will be influenced by the dark side.

Leslye Headland claims that The Phantom Menace played a significant role in igniting her interest to develop a show like this. Headland told Vanity Fair in May, ““We’re taking a look at the political and personal and spiritual things that came up in a time period that we don’t know much about. My question when watching The Phantom Menace was always like, ‘Well, how did things get to this point?’ How did we get to a point where a Sith lord can infiltrate the Senate and none of the Jedi pick up on it? Like, what went wrong? What are the scenarios that led us to this moment?”

Regarding the show with a female-centric lead role, she defends and explains that a certain lead role does not exclude other types of people: “Just because my show is technically, yes, ‘female-centric’, meaning it centers around a female protagonist, I don’t think that necessarily excludes men from that space.”

She continues with her philosophy regarding characterizations in Star Wars:

“You can come over if you want to. We’re going to be talking about some cool stuff. There’s going to be some things we haven’t discussed in the canon yet. There are going to be some characters you don’t know about. I would love you to join us. I would love you to be interested in it. If it’s not your thing — the cool thing about Star Wars right now is there’s so much you can align yourself with and get invested in, but if you don’t like it, that’s fine.”

Leslye Headland in her interview with Fantastic Frankey

With no word when the show will premiere, it will be interesting to see how Disney+ and Lucasfilm will create a story that centers around the rise of the villainy that perpetuates the storyline of the Skywalker Saga.