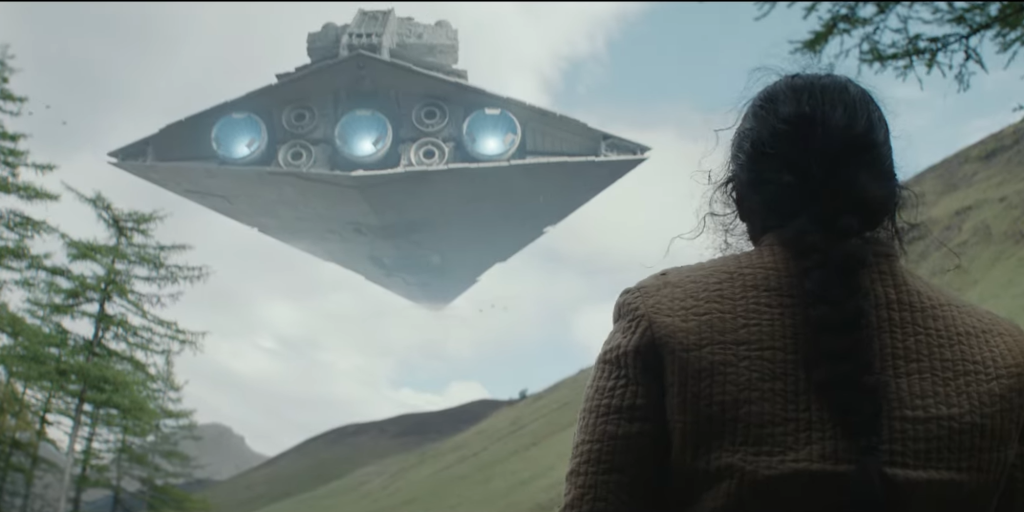 Before revealing the trailer, Luna mentioned that the series would have a new premiere date. Andor was originally planned to begin streaming later this month on August 31st, but it is now pushed back to September 21st. With the new September release date, the premiere will feature three episodes instead of one. Although unconfirmed, it is most likely that the release date was moved back so it would not conflict with the She-Hulk Disney+ series.

Despite the somewhat disappointing news about the release, Lucasfilm delivered with a thrilling new trailer! The trailer revealed new plot details, in which we learned that Cassian will be infiltrating the Empire to commit some sort of heist.

It appears that Stellan Skarsgård’s character Luthen Rael will be searching for recruits to join the Rebellion, including Cassian. Additionally, Rogue One actor Forest Whitaker will return to his role as Saw Gerrara alongside one of the “Two Tubes” brothers.

The trailer also included breathtaking shots of an Imperial Star Destroyer, the Imperial Senate on Coruscant, and an intense dogfight in space.

Check out the full trailer down below!: