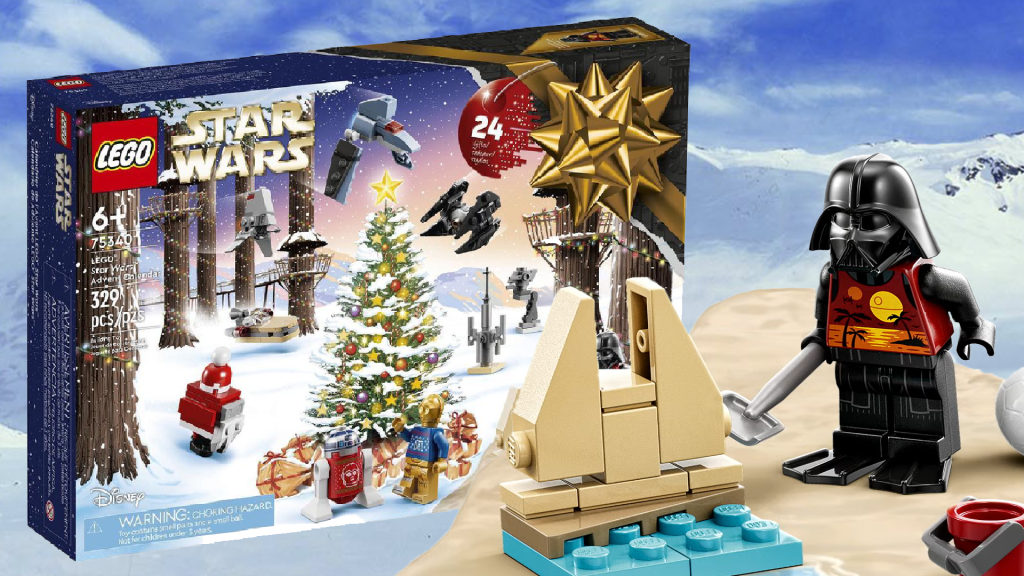 Today, the LEGO Group revealed its annual Star Wars advent calendar. The set will be released on September 1st and will retail for $44.99 with 329 pieces.

SPOILERS ahead if you want to be surprised by the advent calendar’s contents!

The calendar includes a total of eight minifigures, which include R2-D2 in a C-3PO sweater, C-3PO in an R2-D2, Darth Vader in Death Star tank top, Santa-themed GNK, snowtrooper, Luke Skywalker in his Hoth outfit, phase 1 clone commander, and a battle droid. Darth Vader, C-3PO, and R2-D2 are exclusive variants, while the other minifigures have appeared in other sets from recent years.

The set is inspired by the upcoming Disney+ special, LEGO Star Wars Summer Vacation, which will premiere this Friday, August 5th. Check out a clip from the special linked down below!